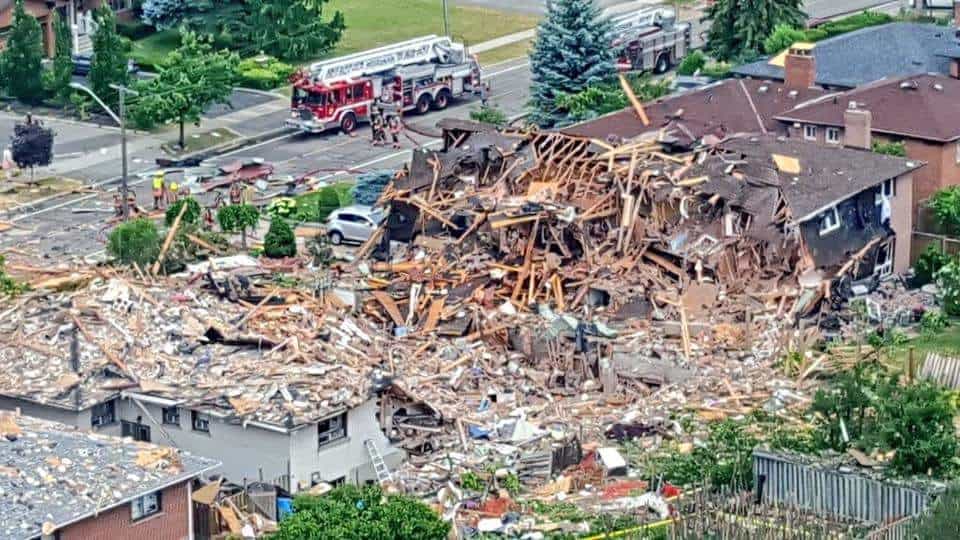 Gas is the main focus of the investigation into the astonishing house explosion that happened Tuesday around 4 p.m.

Mississauga fire investigators believe it’s a possibility gas was the cause for the explosion, but it’s too early to say for sure, according to the Toronto Star.

Jeff Minten, Ontario Fire Marshal supervisor, told reporters that the investigation is expected to take two to three days as investigators continue to examine the scene.

“At this point, the investigation is in its infancy,” Minten told The Star.

Minten described the explosion damage as “significant but contained to the immediate vicinity” of the blast site, the article reports.

The Ontario Fire Marshal isn’t currently speculating on the cause of the explosion. However, investigators are looking into every possible “system” cause, which includes gas-related fixtures.

It’s been quite a while since we’ve had an explosion of this magnitude. The last gas-related house explosion in the GTA was the “Sunrise Propane Incident,” which happened in Toronto in 2008 and required thousands of people to be evacuated from their homes.

The Mississauga investigation is ongoing, and we should hopefully be seeing the results sooner rather than later.