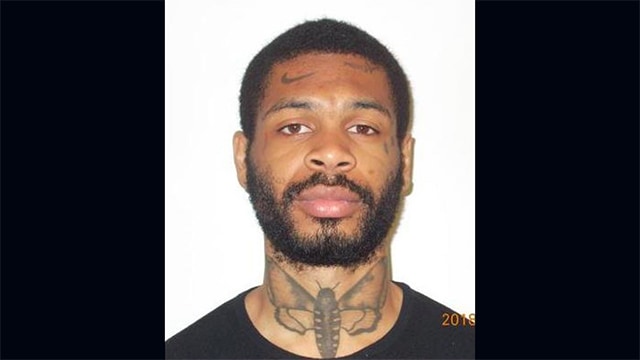 Provincial police are looking for a convict who’s allegedly breaching parole and he could be in the Greater Toronto Area.

Nathan Barrett, 27, was serving a seven-year sentence linked to a robbery.

He has several tattoos, which include a star and dollar sign by his left eye, the sun, a wing and scorpion on his right forearm, a wing, moon and ‘BARRETT’ on his left forearm, a Nike symbol on his forehead and a butterfly on his neck.

Barrett is currently serving a seven-year sentence for seven counts of robbery; disguise with intent; use imitation firearm while committing; escape lawful custody; dangerous operation of a motor vehicle.

He is known to frequent Toronto, Kitchener, Pickering, Oshawa and Caledon.

Anyone with information is asked to contact Toronto Police at 416-808-5900, Crime Stoppers anonymously at 416-222-TIPS (8477), online at www.222tips.com, online on our Facebook Leave a Tip page, or text TOR and your message to CRIMES (274637). Download the free Crime Stoppers Mobile App on iTunes, Google Play or Blackberry App World.