Want Craft Beer Delivered to Your House in Mississauga? 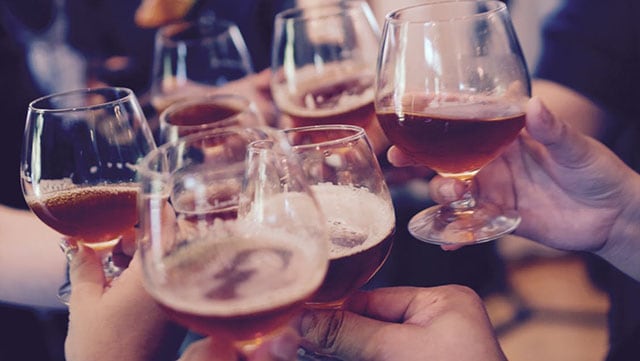 In a province with stricter than average liquor laws (although the province has allowed some grocers to carry wine, beer and cider), alcohol delivery services are extra exciting–especially when the alcohol on offer is of the craft beer variety.

Over the past few years, craft beer has been trending harder than any other intoxicating beverage and you can actually have harder to purchase brews (ones you’re less likely to find at The Beer Store and LCBO) delivered right to your door by Brew Box.

Brew Box, a company that allows beer lovers to sign up for a variety of craft beer clubs, delivers beer from such local-ish breweries as Beau’s, Left Field and Royal City. The monthly subscription box ships to anywhere in Ontario and clubs start at $58/month (including shipping).

If you’re interested in joining a beer club, you have four to choose from. The clubs include the adorably named Brewscovery Club, the Brewthusiast Club, The Sawdust City Club and Beau’s Beer Club. You can also order brews from the Sawdust Bottle Shop.

The Brewscovery Club offers “new and unique craft beers from independently-owned brewers,” and the Brewthusiast Club offers access to the province’s most exclusive high-end beers. The Sawdust City and Beau’s clubs focus on those particular breweries, while the Bottle Shop allows shoppers to curate their own packages by ordering specific Sawdust beers.

As for how it works, you can sign up for one, three, six or 12 month memberships and expect a monthly beer delivery once you choose a club and subscription time. Subscriptions renew automatically, so be sure to cancel or indicate an end time if you’d like to stop receiving beer.

Brew Box also caters events, so you can contact them if you’re planning a hipster-y wedding or other special event.

And although this probably goes without saying, note that you must be 19 years of age or older to purchase a subscription.