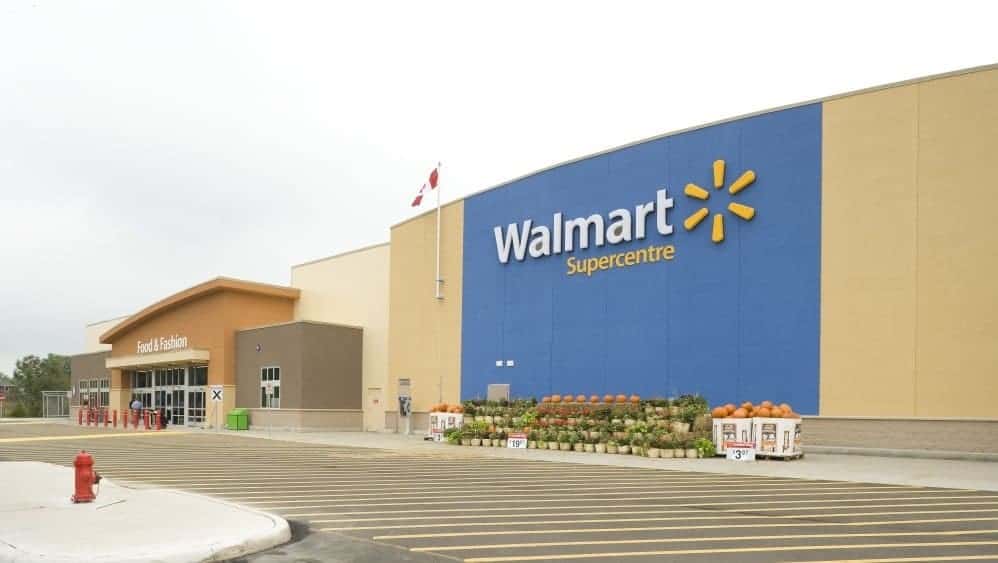 Mississauga Walmart stores and locations across Canada are eliminating the use of plastic shopping bags.

Walmart shoppers in Mississauga and across the country will soon have to carry their purchases home in reusable bags or in their arms as the huge chain of stores is eliminating plastic bags altogether.

Mississauga-based Walmart Canada announced yesterday that it will get rid of all single-use plastic shopping bags at its more than 400 Canadian stores by Earth Day 2022, which falls on April 22.

They note that Walmart will become one of the largest grocery retailers in Canada to make such a change, described as the latest step in the company’s efforts to become a “regenerative company.”

Sobeys stopped using plastic shopping bags at its 255 locations across Canada in 2019.

“Eliminating plastic shopping bags is a significant milestone on our journey to becoming a regenerative company, and it’s the right thing to do,” Walmart Canada president and CEO Horacio Barbeito said in a news release. “We know this is important for our associates and our customers. I’m so proud of our team for taking this step, the most recent in a series of significant changes to ensure we’re doing right by our associates, customers and the planet, and leading the way when it comes to regenerative practices.”

The national initiative follows a successful 10-store pilot program that was launched in August. Walmart says the pilot diverted nearly six million plastic bags and was well received by associates and customers alike.

Prior to next April, Walmart says it will launch a comprehensive customer awareness and education campaign to help in the transition to plastic bag-free shopping at its stores.

Customers will be encouraged to bring reusable bags/options from home and low-cost, high-quality reusable bags will also be available for purchase, store officials say.

“Walmart’s associates and customers have shown us time and time again that they’re ready to step up with us to bring meaningful change to our industry,” said Sam Wankowski, Walmart Canada chief operations officer. “By ending the use of single-use plastic shopping bags, we’re fundamentally changing the way Canadians shop with us for the better.”

Wankowski added the change will help eliminate more than 10 million pounds of plastic bags from circulation each year.

Canada’s minister of environment and climate change, Steven Guilbeault, said Canadians have told their federal representatives that “it’s long past time that we cleaned up the plastics littering our beaches, parks, streets and shorelines.”

Walmart officials say they’ve already adopted several changes at their stores aimed at eliminating single-use plastics, including the elimination of plastic wrap from organic banana bunches and single peppers among other measures.