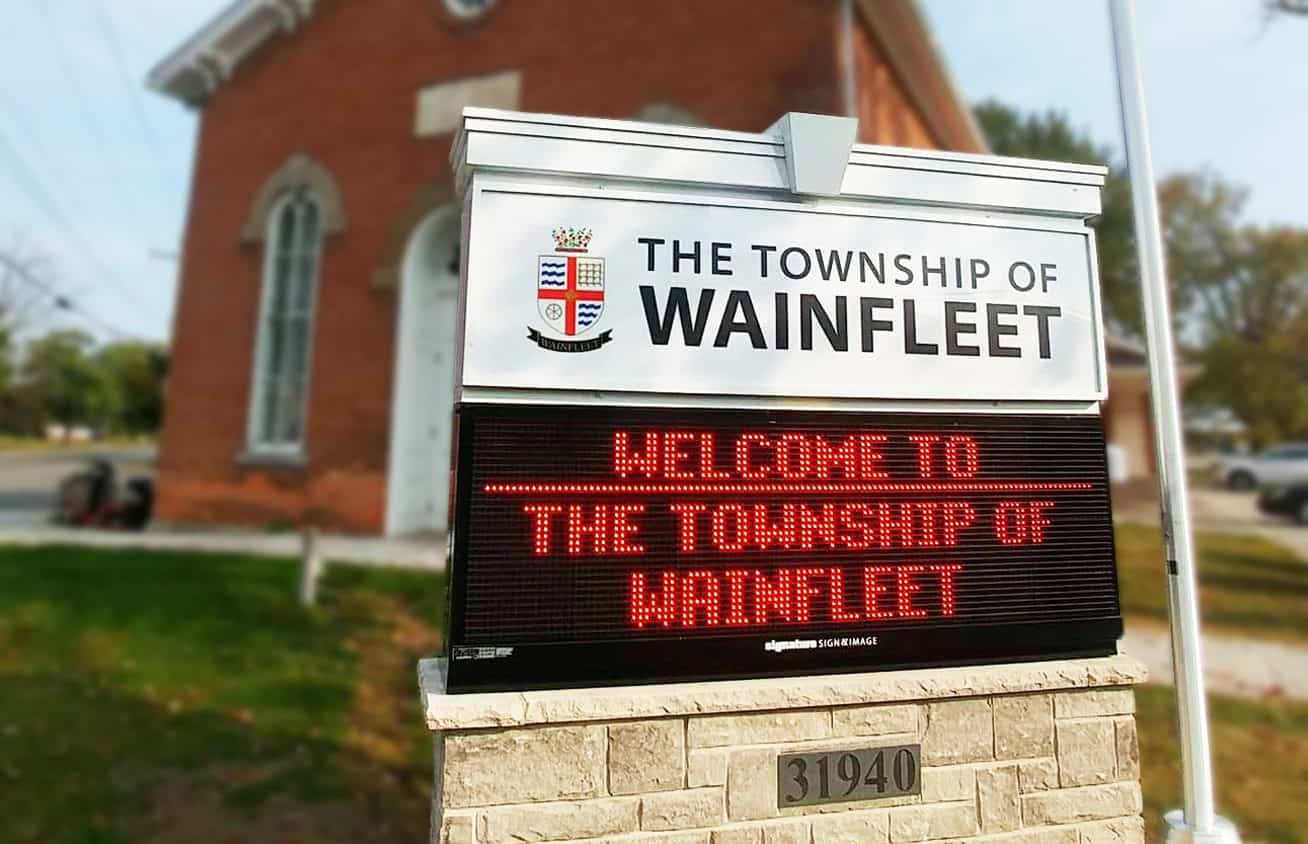 In May 2022, the Wainfleet Historical Society unveiled a plaque acknowledging a prisoner of war camp that housed 60 German prisoners of war from August 1943 until November 1945 during the height of WWII.

The problem is hardly anyone remembers it ever existed. Also, as POW camps go, the Wainfleet one was exceptionally low-key.

For starters, the camp housed captured German merchant seamen – not even soldiers. So in the end, the foreigners hardly posed a threat – they were labourers, not fighters. In fact, the POWs were so downright neighbourly, the townspeople often saw a few sneaking into nearby Port Colborne to catch a movie from time to time, interacted with them and never said a word to authorities. 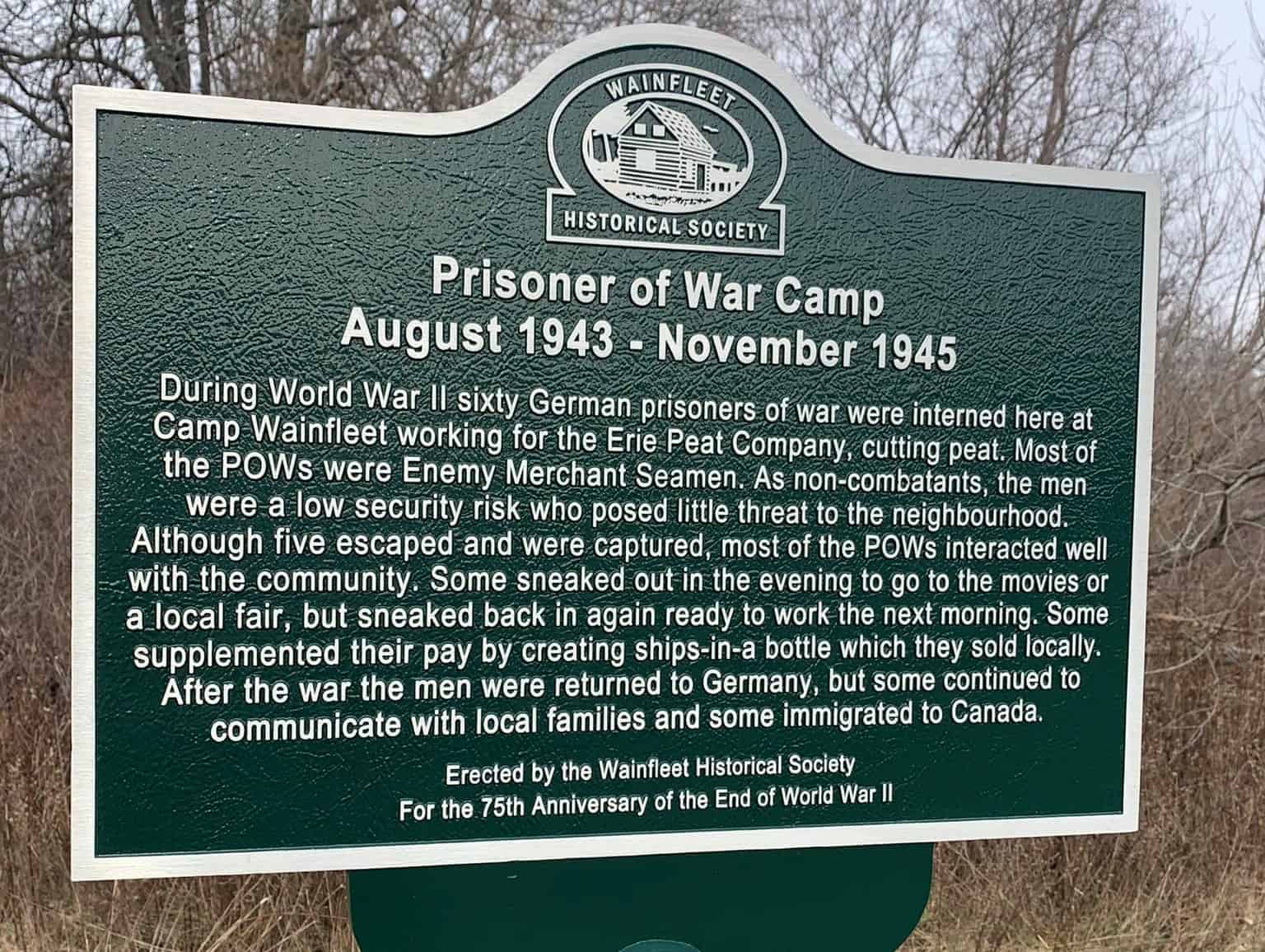 The Wainfleet Historical Society felt that the POW camp at the Wainfleet Bog was too important a part of their local history to let it fade away so a plaque was erected to coincide with the 75th anniversary of the end of World War II.

So how did tiny Wainfleet end up being the site of a German POW camp, regardless of how laid back it was? It turns out because of the war effort, there was a labour shortage at home.

The Erie Peat Company, which was mining peat at the Wainfleet Bog, needed workers. The company applied to the Department of Labour for assistance. The result was the establishment of a Prisoner of War camp in the Wainfleet Bog as the department shifted the 60 men from a similar camp in south Mississauga.

By all accounts, the Erie Peat Company treated the workers exceptionally well, especially given the fact they were war prisoners. They were paid $2.50 a day though $2 was deducted off the top for food and shelter.

When the prisoners accumulated $15 or $20 dollars, the peat compnay let them look through the Eaton’s and Simpson’s catalogue. Anything the prisoners wanted, the company ordered for them and then took the money out of their account.

Five of the 60 prisoners tried to escape, though to where exactly is another unknown mystery, but were quickly rounded up and brought back.

However, a talented few supplemented their income by making and selling handicrafts, particularly ships-in-a-bottle. A small handful of local residents still have a ship-in-a-bottle made by a Camp Wainfleet POW. 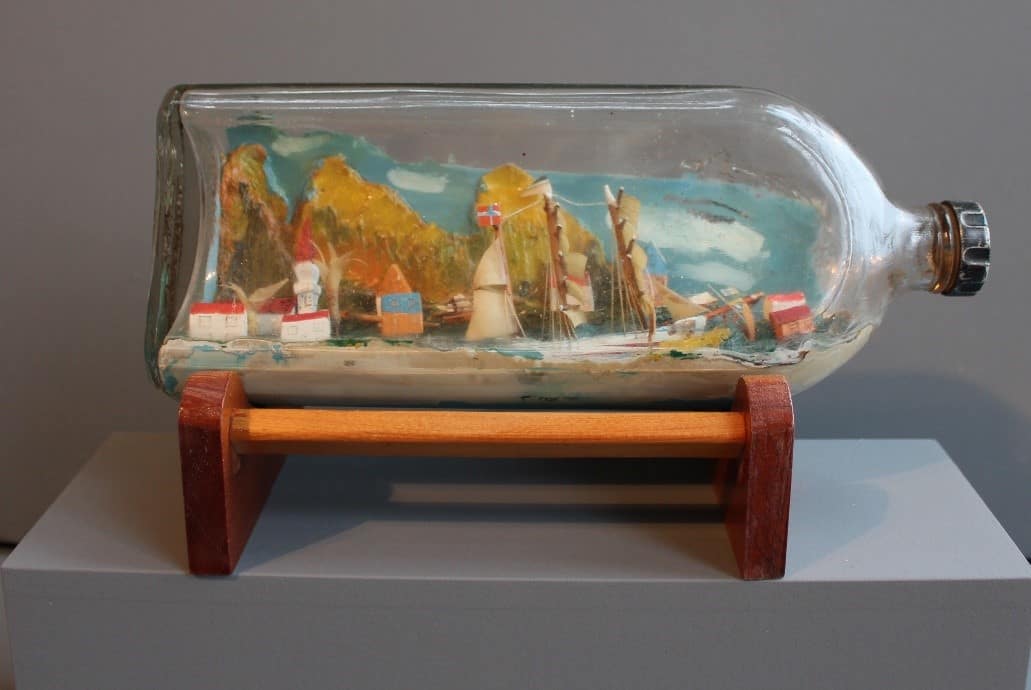 An actual ship-in-a-bottle made by a German prisoner at the Wainfleet POW camp in World War II.

After the war ended, all of the POWs were sent back to Germany. At least one of the Wainfleet prisoners continued to correspond with a local family. Some POWs from Canadian camps did return to settle in Canada.

These days, very little, if anything, remains of the physical Wainfleet camp. People simply would never know it even existed.

But occasionally, there are stories are still told by the older locals while the crafts created by the POWs continue to occupy a special place within the region.