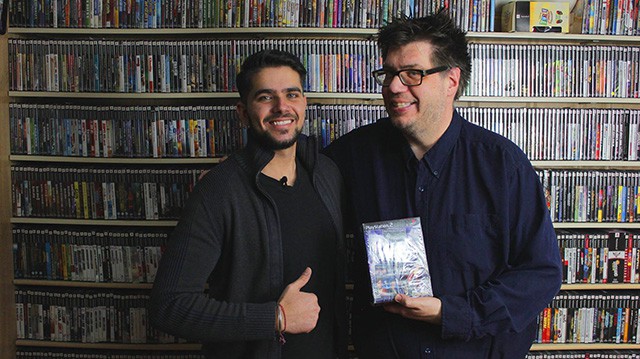 Although video games have evolved immensely to become increasingly more innovative (and perhaps even complex), there’s a large contingent of gamers who still cherish a bygone era of slightly more primitive–but endlessly charming–old-school games and consoles.

Those people are in for a treat, as GTA GameX is going to hit Mississauga this weekend.

The expo, which will take place at the Mississauga Grand Event Centre on Sunday, May 7 from 12:00-4:00 p.m., will feature Atari, Nintendo, Super Nintendo, Sega Genesis, Sega Dreamcast and more modern consoles.

“This is the first time they’re hosting this in Mississauga,” says event organizer and passionate gamer Robin Dhanju. “There have been similar events in Waterloo, Barrie and Kitchener.”

The family-friendly event is open to gamers, collectors and enthusiasts and will boast some of the biggest retro gaming stores, as well as private dealers from across the province. Attendees will be able to access the vendors’ vast inventory and could go home with some childhood classics or newer games and consoles.

The event costs $5 to attend and children under 10 can access it free of charge.

“I used to go to the other shows as a vendor and a sponsor and I saw that one wasn’t accessible to the GTA area,” says Dhanju. “Once, I was dropping off material to stores in the downtown area and 15-20 stores all specialized in retro gaming and I realized there was demand out there.”

Dhanju, who hails from Brampton, is a passionate gamer who is particularly enthusiastic about retro gaming. He’s also an avid collector who has roughly 10 systems and over 2,000 games.

As for this year’s inaugural event, Dhanju says he has a few exciting vendors on tap.

“We Got Gamez in Ajax, Sudbury Expo runners and a store called Power Up Games from Barrie. We’re having Syd Bolton there, he has the largest video game collection in Canada. He’s been on Space and he’s heavily involved in the gaming community.”

In terms of of other perks, Dhanju says each entrance ticket comes with free entry into a raffle draw where guests can walk away with a console, a box of Super Nintendo games and more.

“People will enter the main vendor area and it’ll be like Comic Con. There will be an area sectioned for a video game tournament and winners can win a game system or games.

As far as shopping goes, thousands of games will be available for sale.

“Think of it as a huge video game flea market where people can also play games,” says Dhanju. “Some vendors are artists who will be doing digital prints and we’ll have games and toys available as well.”