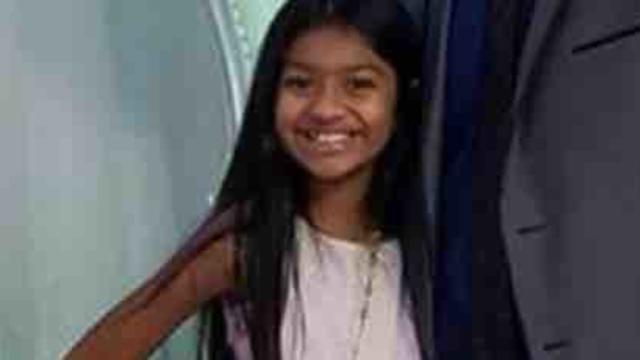 The Mississauga community is being brought together to honour the memory of 11-year-old Riya Rajkumar, who was allegedly murdered by her father inside a Brampton residence in the Queen St. and Hansen Rd. area.

The vigil will honour Riya, who was was out with her father, Roopesh Rajkumar, on Feb. 14 when she went missing.

According Peel police, the investigation into Riya’s disappearance began just before 7:00 p.m. that night when Riya’s mother told police that Riya had not been returned home at the expected time.

“The mother was further concerned for the wellbeing of the two of them when Roopesh Rajkumar made comments indicating that he was going to harm himself and his daughter,” police say.

An Amber Alert was issued.

Rajkumar was located and arrested by OPP in the Township of Oro-Medonte, reportedly as a result of information provided in the Amber Alert.

Rajkumar is charged with first-degree murder and is currently in a trauma centre in relation to a medical condition.

Condolences to Riya’s family and other loved ones have poured in from across the country, and the mayors of both Brampton and Mississauga have spoken out on the tragedy.

There are no absolutely words to explain the senseless and tragic loss of young innocent Riya. As a mother of 3, this makes me sick to my stomach. My heart grieves for the mother & family. May the apprehended suspect see the full weight of the justice system brought before him.

All who would like to pay their respects are welcome.