Vigil, rally in Hamilton to honour ‘last wishes’ of Redeemer student who fought for inclusion 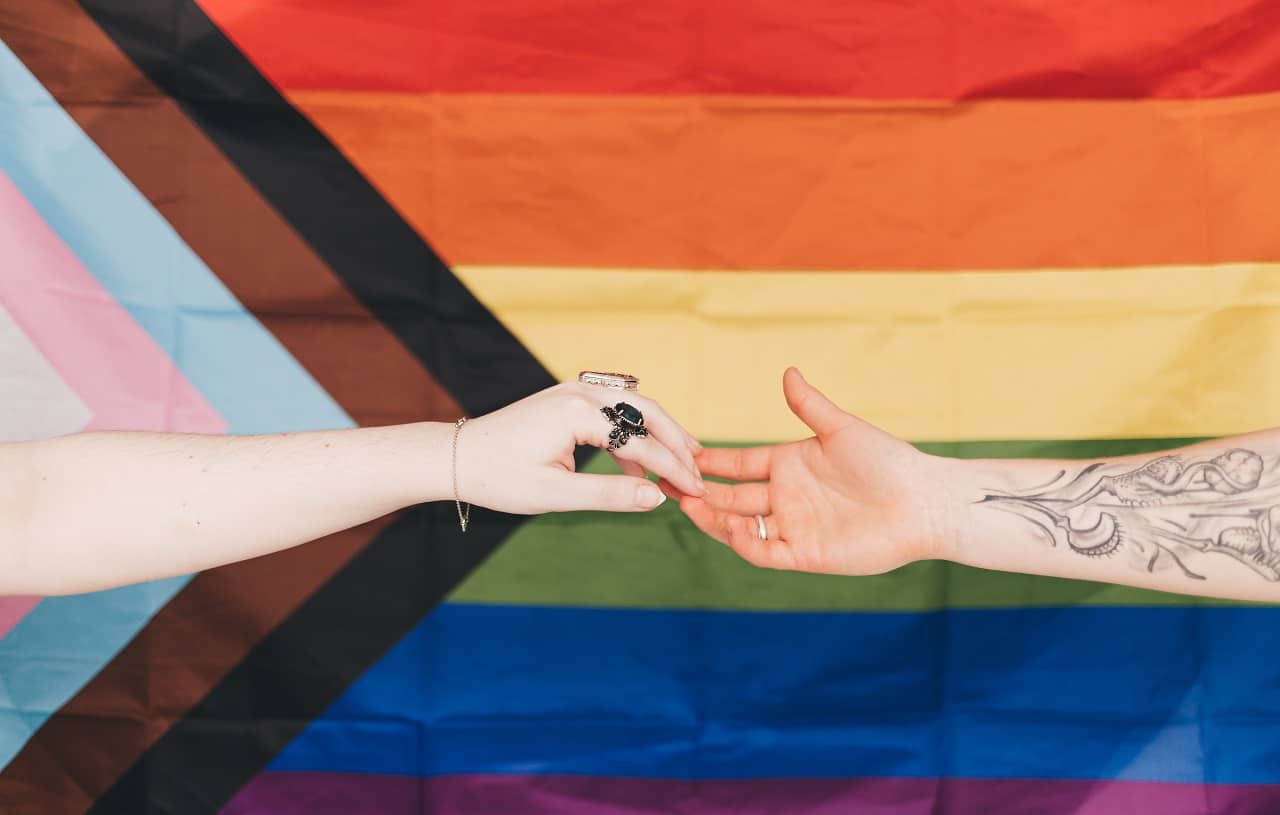 Allies and activists in Hamilton are planning a city hall rally next weekend to honour Bekett Noble, who tried to improve 2SLGBTQIA+ relations at Redeemer University over the final years of their life.

Noble was a student and 2SLGBTQIA+ mental health and inclusiveness advocate at Redeemer, the private Christian post-secondary institution located in the suburb of Ancaster. As someone who was non-binary and a person of faith, they spent years advocating for more supports, increased safety and a more positive culture at Redeemer. Their efforts included starting a peer support group called Genesis. After years of advocacy, Noble died by suicide in a counsellor’s office on Nov. 23.

The support group Free Mom Hugs Southern Ontario plans to hold a vigil and rally in the name of Noble on Dec. 18 (one week from Sunday) at 2 p.m. in front of Hamilton City Hall. Supporters have been using the hashtag #DoBetterforBekett in calling on Redeemer to take steps to reduce the possibility of another loss of young life.

“Please join us in a peaceful gathering, helping to make sure Bekett’s last wishes are heard,” says Free Mom Hugs’ poster for the vigil/rally, which YWCA Hamilton and others have shared on social media.

My heart is broken for Bekett & every queer and trans person of faith told by their institutions that they are not enough; everyone who has to fight in order to be all of themselves & be treated with dignity. Now is the time, allies, to speak up & take action. #dobetterforbekett pic.twitter.com/IEzNNEeFQD

Bekett Noble was a valued member of the community. Their death is a tragic reminder of the high rates of death by suicide among trans youth.

We join community residents in mourning Bekett, and calling for inclusivity in all of our #HamOnt institutions.https://t.co/eOVuMUwMme

In a statement Friday, Hamilton Community Legal Clinic averred that no one should have to pay with their life to “attain acceptance and respect” for gender identities across the spectrum.

“Each religious faith can be found among the limitless intersections within Queer identities, while those religious institutions that have actually put love and acceptance into practice have found new members for their congregations, or perhaps enabled prior members to more openly share their true selves. There is so much more to be gained through mutual understanding, respect, and acceptance.”

The Hamilton Community Legal Clinic and the Queer Justice Project are extremely saddened and deeply concerned by the news of the death of a Queer community member at Redeemer University.

Hamilton Trans Health Coalition (HTHC) issued a statement on Thursday to address the loss of Noble and next steps to honour the dedication they acted so that they and others could live authentically and keep their faith.

“We want to acknowledge that collectively as a community, this is painful and sad and difficult and there are no words that ever fully capture grief,” HTHC said. “Many of our coalition members and general trans and non-binary community members, have lost loved ones to suicide, and have experienced suicidal ideation themselves. It’s okay to be upset, overwhelmed, angry, scared, or anything else. You are not alone in this.”

Additionally, Genesis (the queer group at Redeemer that Bekett started) has asked for donations in Bekett’s honour to be made to @speqtrumYHM, an incredible organization supporting 2SLGBTQIA+ youth here in Hamilton.

The Genesis group has asked for donations in the memory of Bekett Noble to be made to speqtrum, the Hamilton community-building program for queer, trans and two-spirit young people. Donations can made through YWCA Hamilton.

Redeemer, which has about 1,000 students, says its purpose is to “(equip) students to fulfill their callings in the Kingdom of God by providing them with a post-secondary education that is grounded in Scripture,” and advertises that its “students are being shaped by the Reformed Christian commitment to see faith woven through all aspects of learning and life.”

Flags on campus were lowered to half-staff the day after Noble died, and Redeemed held what it called an “internal memorial” service. On Wednesday (Dec. 7), the university outlined a four-point mental health support action plan and said it will invest $1 million in new mental health initiatives over the next five years.

The post referred to the “tragic death of a fellow student, co-worker, and friend,” without specifically mentioning anyone by name. (The matter has been under Hamilton Police investigation.) A list of resources in the post did not include any that appear to be transgender-specific supports.

Advocacy groups have long said that 2SLGBTQIA+ people in their teens and early adulthood are more vulnerable to suicide ideation, attempts and completion than the population as a whole. That was backed up recently  when the June issue of the Canadian Medical Association Journal (CMAJ) included a special report entitled, “Suicidality among sexual minority and transgender adolescents: a nationally representative population-based study of youth in Canada.”

The authors looked at a group of 6,800 high school-aged Canadians, 15 to 17 years old. More than 20 per cent either indicated some degree of same-gender attraction, were unsure of their attraction or reported a transgender identity. Within each group, transgender and sexual minority adolescents (in CMAJ‘s phrasing) were at an increased risk of suicide ideation and attempts.

Matthew Thiessen, an associate professor of religious studies at McMaster University, also shared a link to speqtrum’s director of “affirming and welcoming religious communities in the area.”

For religious LGBTQ+ people in the Hamilton area, just a reminder of this important resource about many of the affirming and welcoming religious communities in the area. Seems especially necessary to highlight that these places exist. #HamOnt https://t.co/Az54Hdu4MF

Mohawk College also expressed allyship in a post on Friday.

“If you find yourself struggling in the wake of this latest traumatizing news, you are not alone,” a Twitter thread from the college read. “Please talk to someone about how you are feeling.”

If you find yourself struggling in the wake of this latest traumatizing news, you are not alone. Please talk to someone about how you are feeling. There are supports available to you through our college and in the community.
https://t.co/2EzMrhLKQH (2/2)

The aforementioned medical journal article is available at CMAJ.ca.

Via Hamilton Trans Health Coalition, these specific supports are available locally and outside of Hamilton: