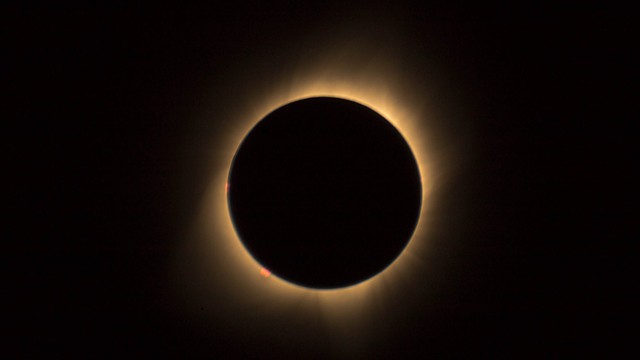 Solar eclipses don’t happen often, but one is happening this month and you won’t want to miss it.

According to NASA, a total solar eclipse is set to occur across the entire continental United States on August 21, 2017 (which hasn’t happened in 99 years!).

As a result, a partial solar eclipse will be visible from Mississauga on the same day.

The Ontario Science Centre says that the moon will block 70 per cent of the sun’s light over Toronto.

In terms of checking out the partial solar eclipse in Mississauga, it’ll be visible over Southern Ontario on August 21 starting at 1:10 p.m., will reach maximum coverage of the sun at 2:32 p.m., and will end at 3:49 p.m., according to the University of Toronto.

There’s a viewing party in Mississauga at Riverwood.

Want to go skywatching not so far from Mississauga? Head over to see the partial solar eclipse with the University of Toronto at the CNE, or at the Ontario Science Centre.

Some viewing parties offer telescopes, while some offer free glasses to view the eclipse, as it’s not safe to look directly at an eclipse with the naked eye.

If you’re not heading to a viewing party with safe viewing options, you’ll need some eclipse glasses or viewers.