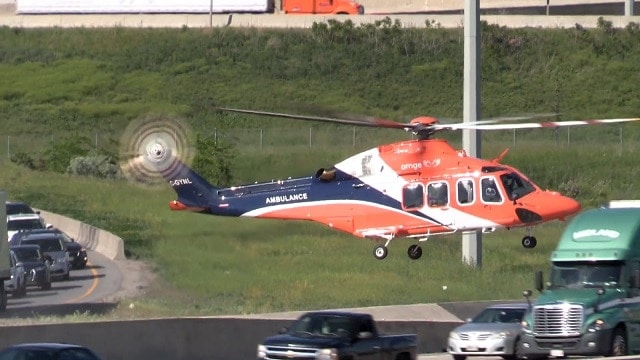 Paramedics and emergency services responded to a serious crash this afternoon in Mississauga (May 30).

Around 5:00 p.m., it was reported that one vehicle was involved in a rollover collision in the area of Highway 401 at Highway 410.

Two patients were extricated from the vehicle.

A young patient was airlifted by helicopter to Sick Kids Hospital in Toronto, while the other patient was taken to a different trauma centre via ambulance.

Serious injuries have been reported for both.

UPDATE: Police have confirmed that a 37-year-old driver and 11-year-old passenger were injured in the collision.

The driver remains in critical condition while the 11-year-old’s injuries are now considered minor.