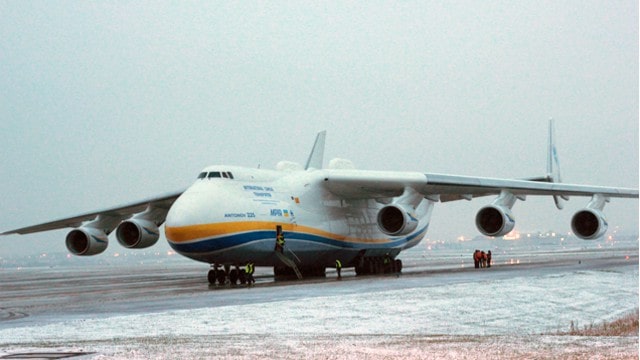 The largest plane in the world, the Antonov 225 landed at Pearson International Airport in Mississauga. The Antonov 225 is powered by six turbofan engines and is the longest and heaviest airplane ever built with a maximum takeoff weight of 640 tonnes. It also has the largest wingspan of any aircraft in operational service. This gigantic plane is a Ukrainian cargo plane that delivered 150 tonnes of mining equipment. By the time you read this the Antonov 225 would have already departed leaving Pearson at 7am Wednesday November 19th.

Here’s the video of the Antonov 225 landing at Pearson International on November 16, 2014:

Here’s a video of it taking off from Manchester Airport: