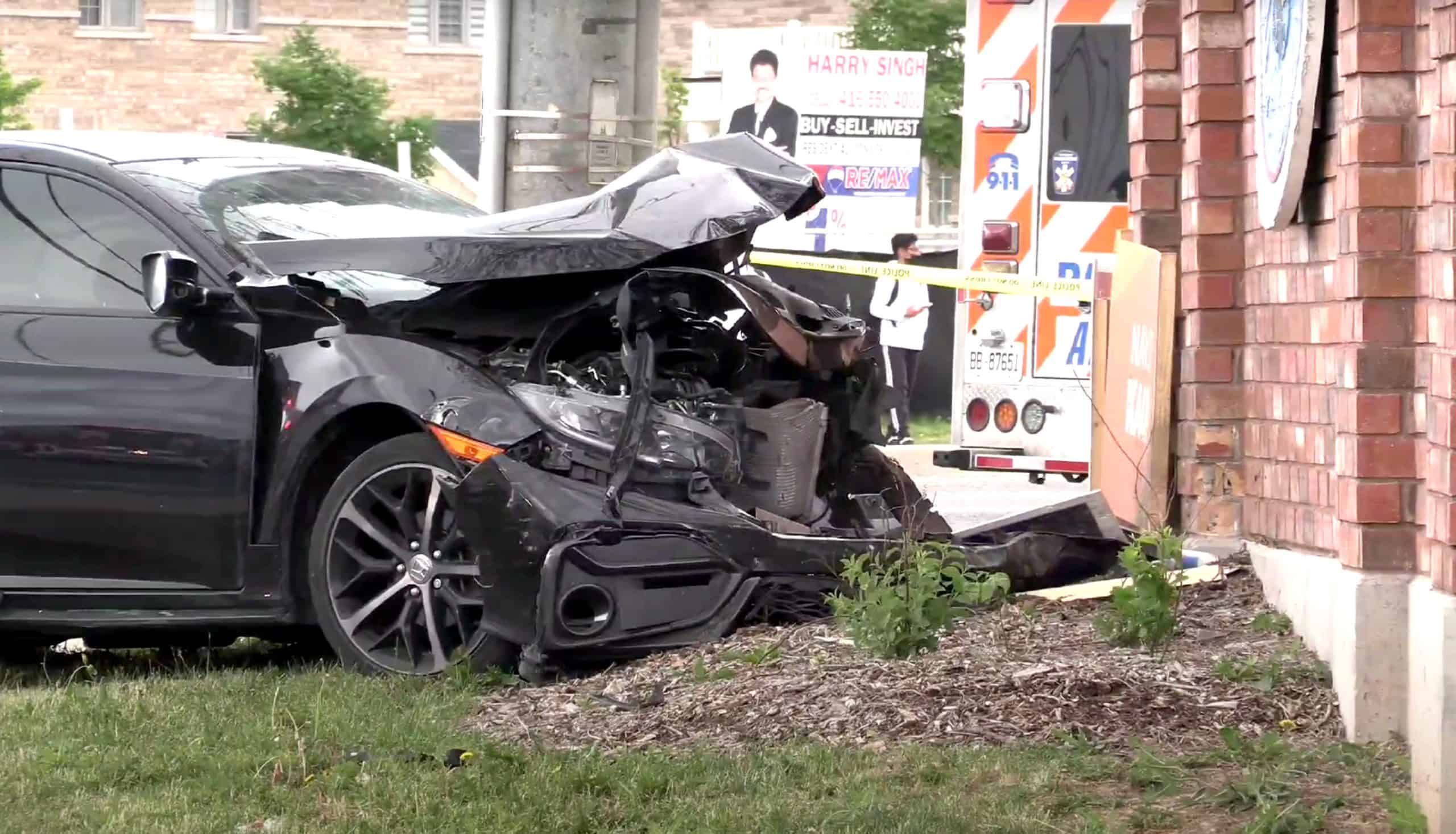 One woman is dead and police have taken a man into custody after a two-car crash in Brampton.

Shortly after 2:30 p.m. on Friday (June 3), police were called to the intersection of Chinguacousy Rd and Burt Dr in Brampton for reports of a crash.

Police said an adult woman suffered life-threatening injuries in the collision and was later pronounced dead.

Video from the crash scene obtained by insauga.com shows police tape and emergency vehicles blocking the intersection where a grey sedan is seen with severe front-end damage.

A black sedan is also seen with heavy damage to its front end and appears to have come to a stop near a brick wall nearby.

Police say they have taken one man into custody who has been transported to a trauma centre with non-life threatening injuries.

The intersection has been closed to both northbound and southbound traffic between Flowertown Rd. and Queen St. East, and police are asking drivers to avoid the area and find alternate routes if possible.