Video: Will New Years Eve 2023 see the return of the live outdoor concert in Niagara Falls? 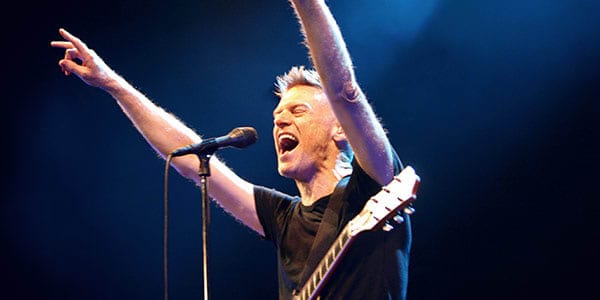 Canadian superstar Bryan Adams, who played a concert at St. Catharines' Meridian Centre in October, was the last live performer at the annual New Years Eve Concert in Niagara Falls back in 2019.

Niagara Falls Mayor Jim Diodati is hopeful that New Years Eve 2023 will finally see the return of the free, live outdoor concert in the tourist city.

The city hasn’t seen its New Years Eve concert since December 31, 2019 when Canadian superstar Bryan Adams was the featured performer.

However, Diodati noted that in lieu of the concert, Niagara Falls Tourism is holding its “Niagara Falls Music Live” series that will see over 70 performances at over 15 venues between December 26 and January 1, including a number of New Years Eve shows.

Says Niagara Falls Tourism, “This week-long event brings a talented and diverse line-up of local, Ontario and Canadian talent to the city with an exciting mix of intimate performances and concerts across Niagara Falls each night.”

Among the big names are Images In Vogue, one of Canada’s biggest new wave group in the 1980s, who will be playing The Old Stone Inn Boutique Hotel on December 28 at 8 pm.

You can find all the Niagara Falls Music Live performances HERE and here’s a video to give you an idea of what’s in store starting on Boxing Day.