Video: Wacky cartoon woodpecker’s attempts to go over Niagara Falls in a barrel 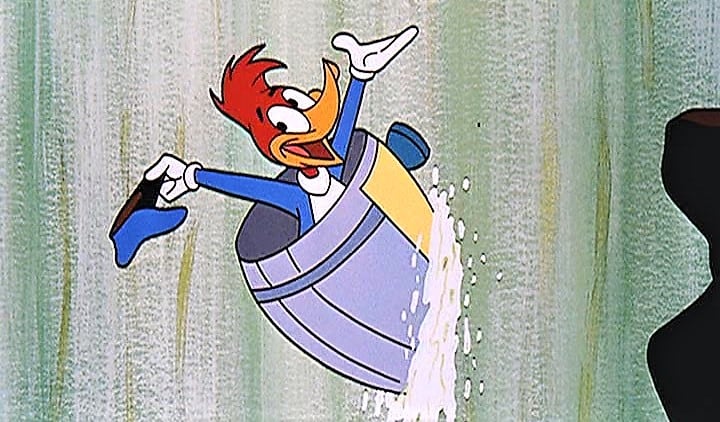 You have to be a certain age to understand any reference to Woody Woodpecker. Certainly, Gen-Z and most Millennials will have no idea who or what he is.

However, a whole generation of Baby Boomers and older Gen-Xers will remember the wacky antics of artist Walter Lantz’s best-known cartoon creation.

But who – of any age – remembers Woody trying to go over Niagara Falls in a barrel?

It actually happens in the cartoon entitled “Niagara Fools,” released theatrically on October 22, 1956. The 71st animated cartoon short subject in the Woody Woodpecker series, cartoons often showed up in movie theatres back in those days as a fun feature before the main movie.

For the young and uninitiated, Woody appeared in theatrical short films produced by the Walter Lantz Studio and distributed by Universal Studios between 1940 and 1972.

While never malicious, Woody cares little for rules, which, of course, lead to some hijinks in the “Niagara Fools” episode.

While visiting Niagara Falls as a tourist, the Niagara guide talks about some features of the falls, including countless attempts to go over them in a barrel. This is strictly prohibited, he stresses, noting that there have been zero barrel attempts under his watch. 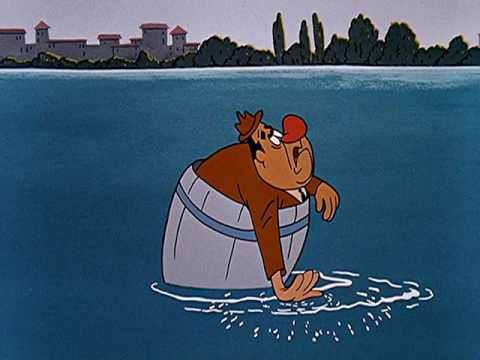 Since the guide is described as a “Mountie” (due to his hat) in many reviews, let’s safely assume Woody is going over the Horseshoe Falls, though they are portrayed as a straight-edged drop rather than curved.

So grabbing a barrel, Woody sets off to go over the falls, only to be thwarted by the guide. However, his struggles to grab the barrel away from Woody result in him going over the falls instead.

Trying to stop Woody’s repeated attempts, the hapless guide goes over the falls four times, each time to the vociferous applause of the onlooking tourists, clad in yellow raincoats.

Other hilarious moments involve the Woody disguising the barrel as a woman, and the guide eventually mistaking an actual woman for a barrel; the unfortunate man being sent, mistakenly, to the North Pole, and hitchhiking his way back to the falls that’s “10,000 miles” away and an actual valve that when turned dries up the falls completely.

Also when the guide refers to Niagara Falls as the honeymoon capital of the world, the humourous shot quickly turns to a dozen couples all making out on a nearby sidewalk. 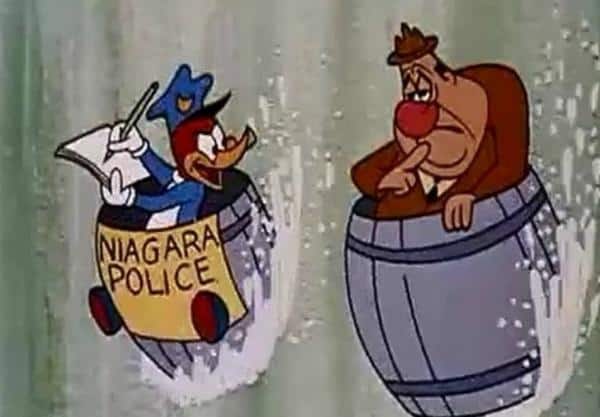 Woody eventually does get into a barrel over the falls but the barrel is identified as the “Niagara Police” when the woodpecker doles out a ticket to the guide for illegally going over the falls with a barrel. (No one expects cartoons to make sense.)

So here’s a classic and a prime example of the wicked humour of Woody Woodpecker juxtaposed against the background and main theme of Niagara Falls. It runs about 5:50 minutes.