VIDEO: Violent gang attack in Mississauga all caught on video 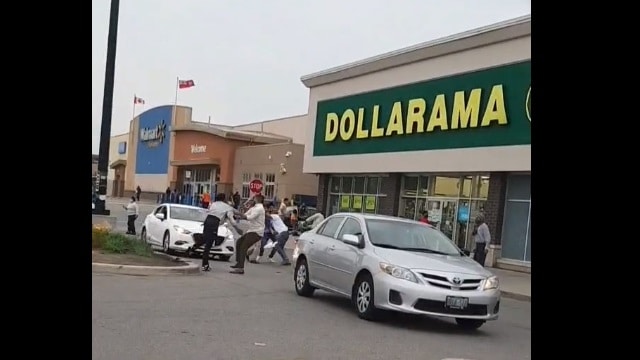 A large-scale, violent fight was captured on video in Mississauga this weekend.

The fight took place in front of Westwood Mall in Malton, where a large group of males attacked each other, including some with bats and other weapons.

The video shows several males laid out on the ground after being hit, including one in the middle of the road.

At this time, the identities of those involved and injuries are unknown.

Insauga has attempted to reach out to police for more information on the incident and potential charges.