Video: Two-vehicle crash shut down an intersection in Brampton 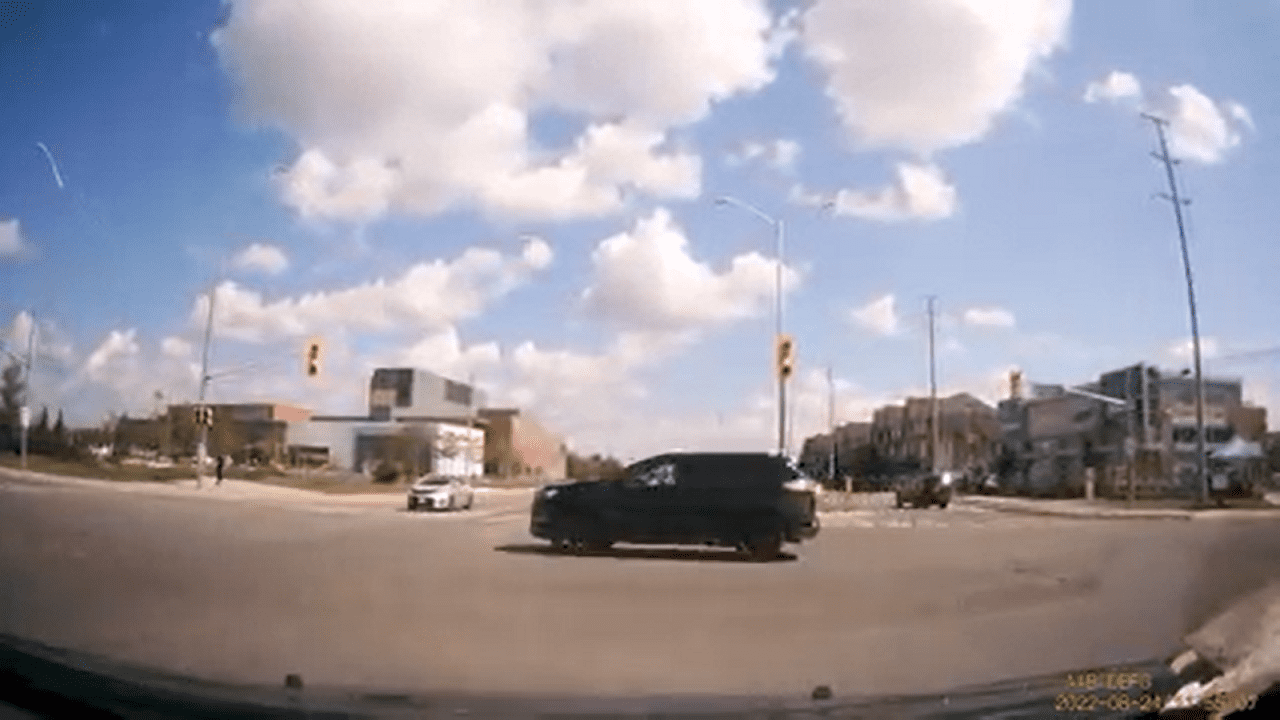 Dashcam footage shows the exact moment when two vehicles collided in Brampton last week, shutting down an intersection for at least 20 minutes.

The crash happened just before noon on Wednesday, Aug. 24 at the intersection of Castlemore Rd and McVean Dr.

As the silver-coloured vehicle is about to pass through the intersection, it collides with a black vehicle and is violently turned around before coming to a stop on McVean.

The intersection was shut down as paramedics responded to the scene.

According to Cst. Heather Cannon of Peel Regional Police, only minor injuries were reported to the passengers in both vehicles, including a young child in the silver vehicle.

No one was taken to hospital by paramedics.

A video of the incident was posted by Facebook user Nicey JW (Marcia Olivia Jarina), who witnessed the incident from her vehicle and captured footage of it via dashcam.

“Almost got into an accident. Thank you God for saving us!!! Luckily our dashcam captured everything,” she wrote, urging other drivers to get a dashcam as well.

“Everyone is safe and no serious injuries, thank God.”

The intersection closed and was reopened about 20 minutes later, according to Cst. Cannon.