VIDEO: The Mississauga Shooting That Led to the $21 Mil Lawsuit Against Peel Police Chief Jennifer Evans 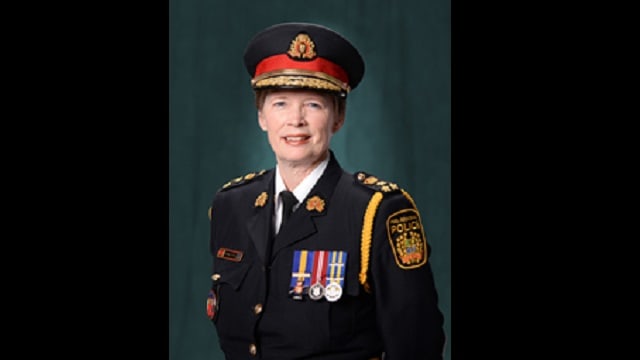 Peel Police Chief Jennifer Evans has been named in a $21 million lawsuit due to a police shooting that occurred last year in Mississauga, according to CityNews.

The incident, which took place in March 2015, involved a violent dispute in which police shot and killed a man named Marc Ekamba-Boekwa. Police fired multiple shots, and a stray bullet struck a woman’s back as she was standing in the kitchen of her Mississauga home.

Suzan Zreik, who was taking a police course at Humber College, was admitted to the hospital. It is alleged that Evans later visited her.

Zreik’s lawyer, Michael Moon, told CityNews that Chief Evans handed the injured woman her business card, and told her “that if she needed anything to give her a call and that her future career in policing was all but guaranteed.”

The lawsuit — which also names the Peel Police force and the officers involved in the shooting — additionally accuses Evans of intentionally misleading the Special Investigations Unit (SIU) into believing that Zreik’s injuries were not as serious as they really were.

According to the article, the SIU had previously cleared the officers involved in the shooting of all wrongdoing, saying that Zreik “was in the wrong place at the wrong time.”

The aftermath of the shooting incident can be watched below (video courtesy of Pascal Marchand). WARNING: Viewer discretion is advised.