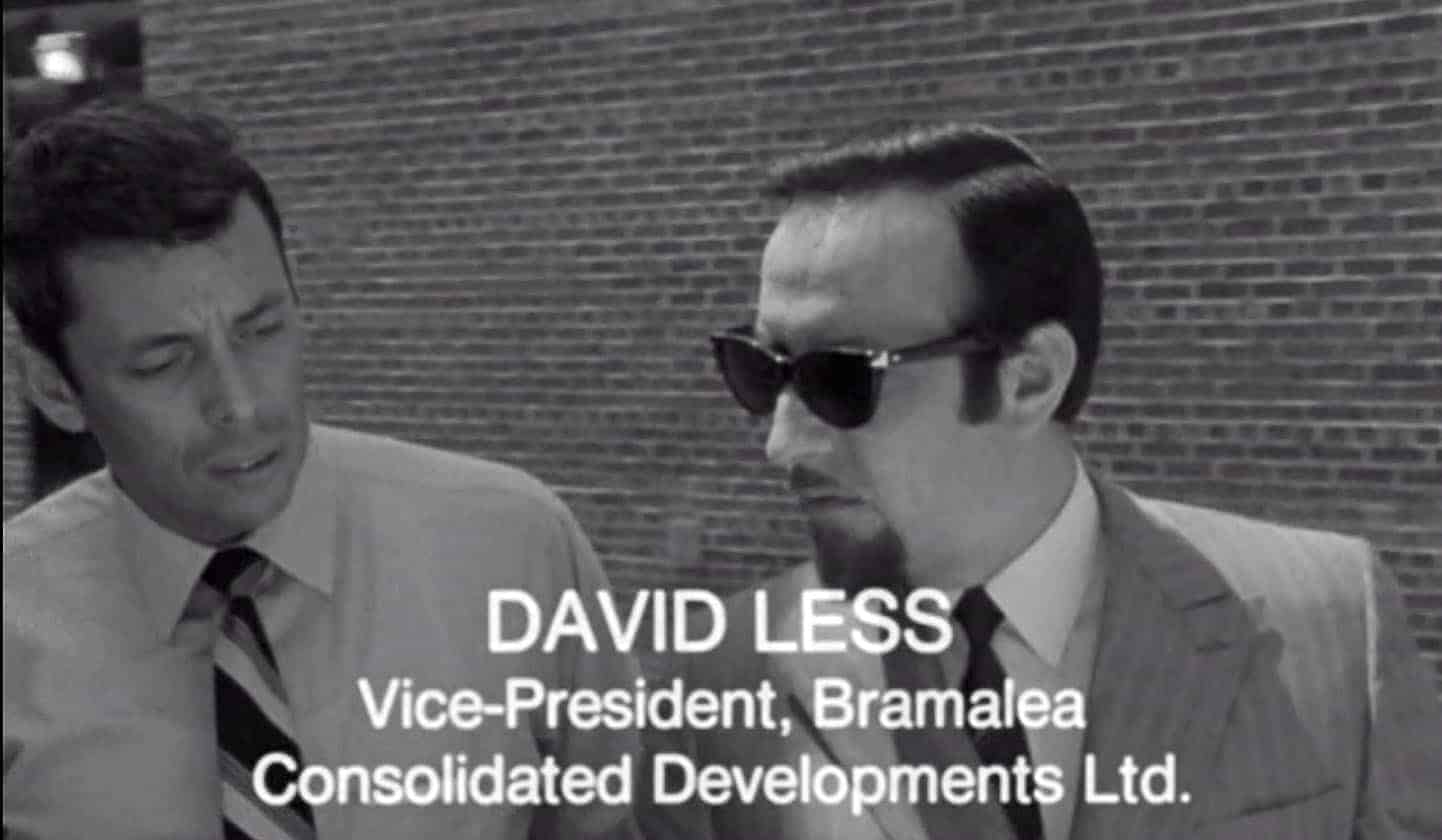 The creation of Bramalea City Centre was a major turning point in the development of Brampton and lucky for us some of it was captured on film.

In 1973 the National Film Board of Canada released a documentary series entitled Corporation that looked at the inner workings of the Steinberg supermarket chain and how the company brought its Quebec-based stores to communities in Ontario by becoming involved in the development business.

In Part 2 of the series it takes a long look at why Steinberg became involved in the creation of Bramalea City Centre and how the mall became a centrepiece for a community that had yet to be built.

This segment is about 28 minutes long with Bramalea becoming the focus at the 12 minute mark.

Real Estate, Arthur Hammond, provided by the National Film Board of Canada

Although released in 1973, the footage appears to be from 1969 when builders were looking forwarded to the day when Brampton would become a city of 80,000 residents eager to do some shopping.

While Steinberg disappeared from the marketplace by 1992, Bramalea City Centre remains and the city of Brampton (which is now home to 650,000 residents) has long since surpassed those heady days of the 1970s when developers dreamed of 80,000 potential customers.