VIDEO: St. Catharines creating a memorial for its fallen firefighters 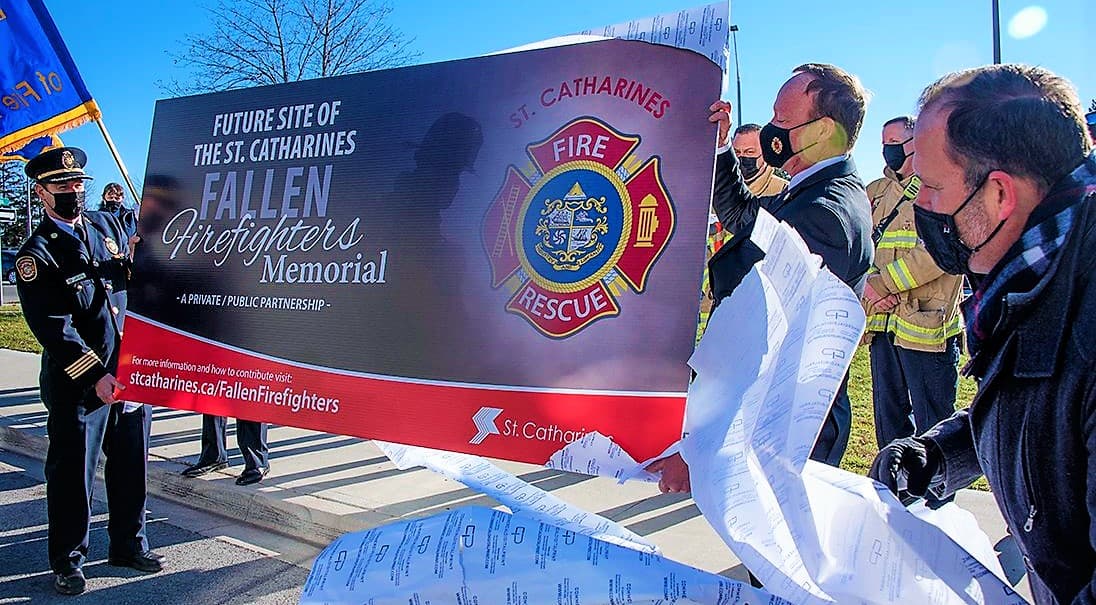 St. Catharines and its local firefighters are looking to turn a parkette at the corner of Carlisle Street and Race Street into a proper memorial to honour the service and sacrifice of firefighters through the city’s history.

Saying the history of firefighting in the city “can be traced as far back as 1846,” the campaign will turn the parkette into a space that will “honour firefighters that have fallen throughout the history of St. Catharines.”

While there is a fundraising component attached to the project, making it a public-private initiative, the task force says they’re hoping for its completion in the fall of 2022.

“Help us properly recognize the service and sacrifice of our firefighters by contributing towards the creation of this memorial and parkette. It will be a space for ceremonial gatherings, a place for quiet reflection, and to honour those who have made the ultimate sacrifice.”

Saying contributions will go towards the creation of a public work of art and memorial parkette, the task force added, “Donations will help to facilitate special recognition features including sponsor wall recognition, memorial benches, fundraising bricks for the parkette and customized donation features.”

The task force consists of:

For more information on the campaign and how to donate, visit here at FIREFIGHTERS.

Here, the son-in-law of Walter Bosak, one of 25 fallen St. Catharines firefighters that will be honoured with his name forever etched on the new memorial walls, remembers his father-in-law’s sacrifices.