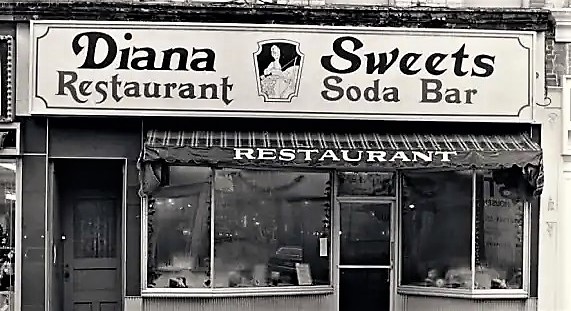 It’s been gone for 27 years now but Diana Sweets Restaurant & Soda Bar will not be forgotten by long-time St. Catharines residents who fondly recall drinking cherry colas and ice cream sodas there as a special treat.

Originally opened in 1920, the restaurant lasted through a few generations of ownership before finally closing the doors at 115 St. Paul Street in downtown St. Catharines in 1996 – 76 years in the same location.

“Was it the floor to ceiling cherry wood furnishings, etched with the initials of generations of local teens? Was it the impressively large menu that never seemed to change? Was it the familiar faces of those who worked from behind the counter, or served you ice cream floats?”

“People remember ‘the Di’ and they remember it fondly.” 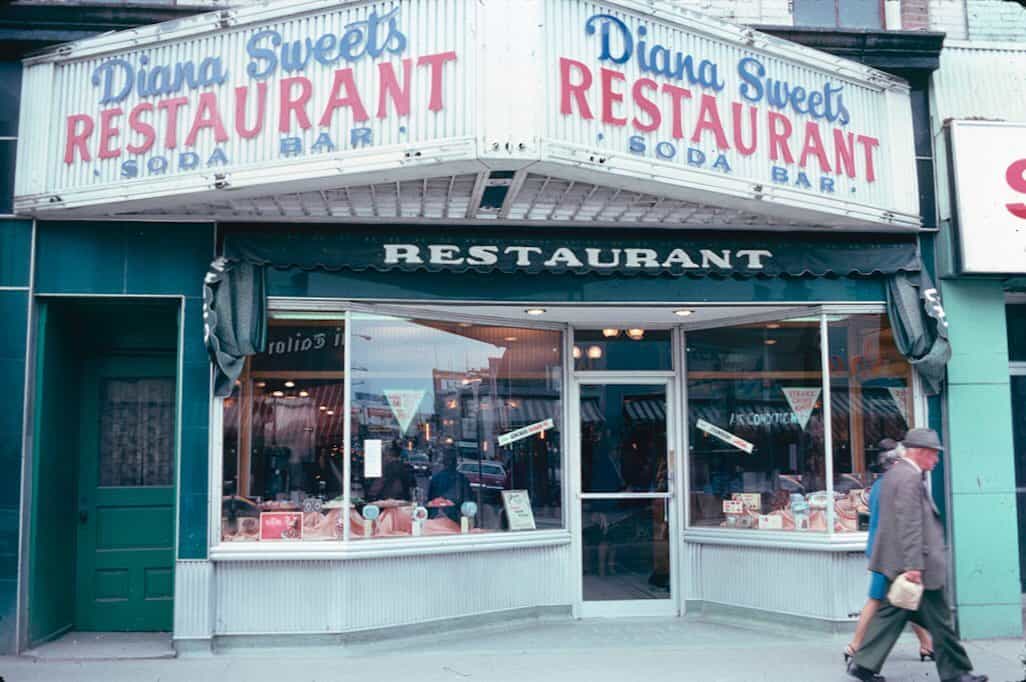 Back on August 2, 1996, the St. Catharines Museum & Welland Canal Centre hosted a Diana Sweets Community Reunion, inviting members of the community to “come together to celebrate, remember and share stories about Diana Sweets Restaurant.

“We want to learn what Diana Sweets means to you. We encourage you to bring your own photographs, memories, and paraphernalia as you connect with others who spent their youth hanging around the cherry wood booths at ‘the Di’.”

The museum had old photographs, newspaper articles, and high school yearbooks to look through “with rock n’ roll music playing and artifacts from life in 1950s and 1960s St. Catharines on display.”

On occasion, they’ll still post a picture of ‘The Di’ on their Facebook wall for “Throwback Thursday” and ask readers for memories. 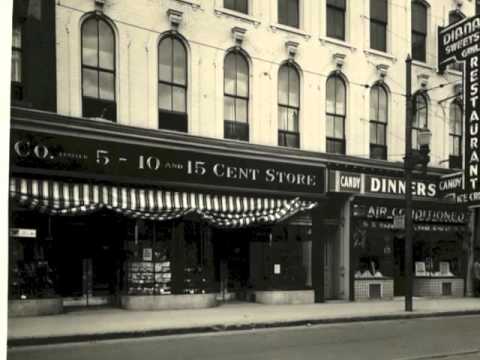 During one stretch, Diana had a Woolworth’s & Co “5 and Dime”
store next to it.

Older St. Catharines posters always weighed in with their own fond recollections, using the forum to share, reminisce and connect with a time gone by.

One poster remembered, “Every Saturday afternoon, ‘our gang’ gathered there for cherry cokes with French fries and gravy. Good times!”

Added another, “So much a part of my life in high school. Everyone could be seen there on Saturday and (weekday) afternoon. Cherry cokes were the thing back then. We had a ball. Everyone in town knew about it and went there. No other place like it.” 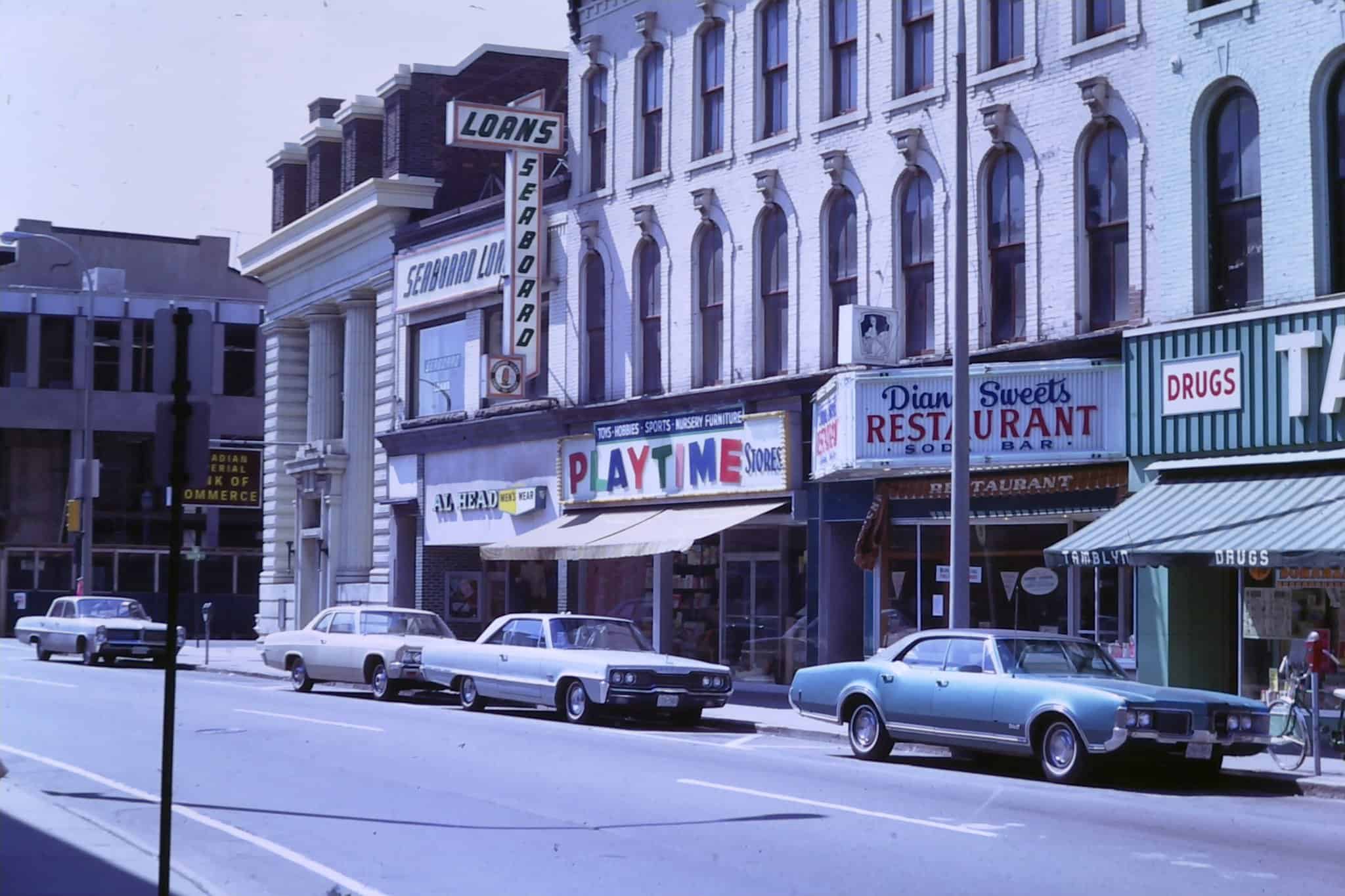 Going back even farther, one added, “Back in the late 40s, my dad would play a (big) band concert at Montebello Park and take my mom, who he was dating, to Diana’s Sweets for a treat afterwards.”

One poster even recalled a staffer, “I used to love Chef Peter and his white chef’s coat and hat when my mom worked there. I remember him taking picking me up and taking me behind the counter to pick out a chocolate. Those display cases filled with chocolates were a world of magic for me. Didn’t we all just love being there!”