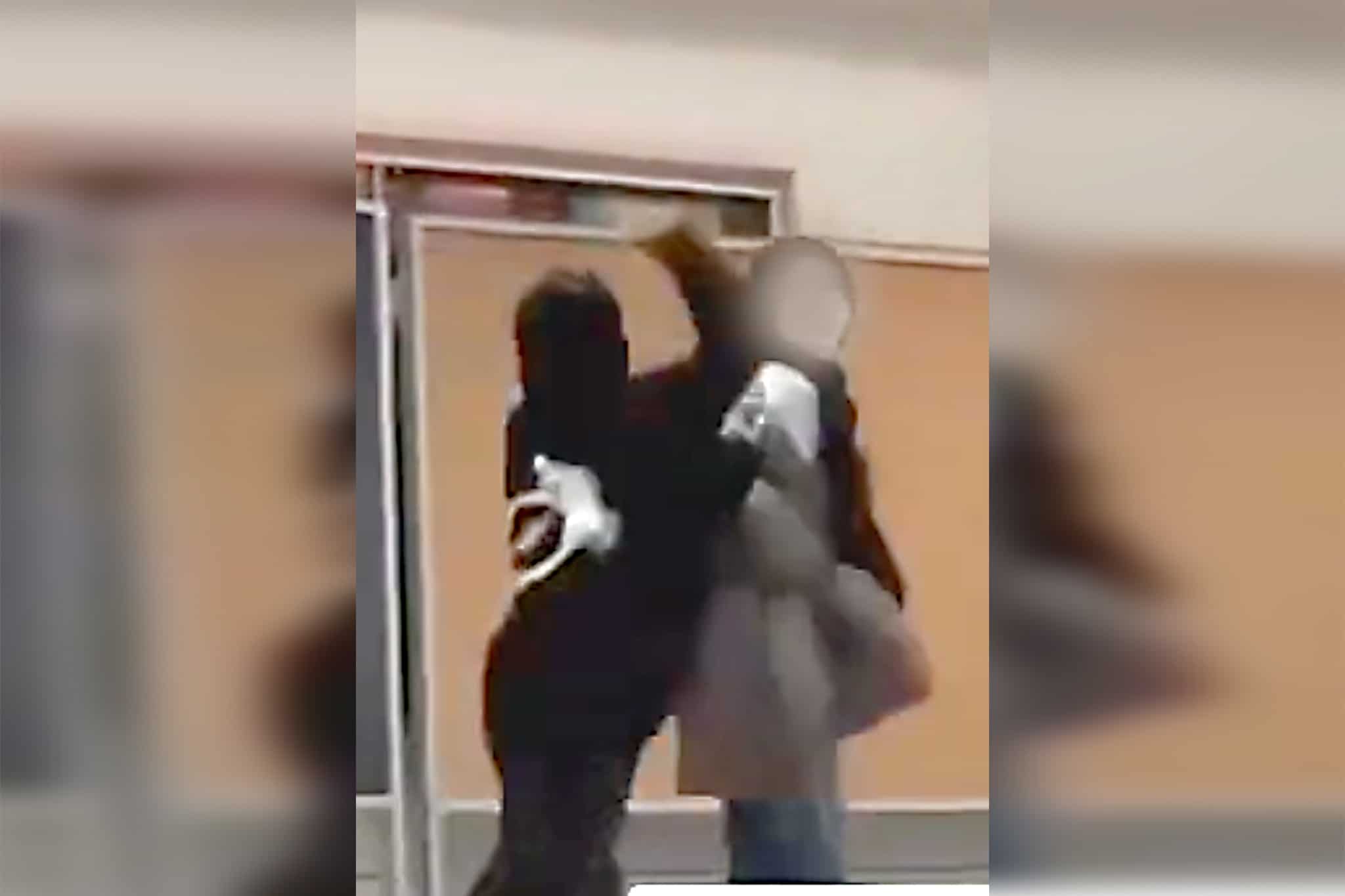 An unsettling video circulating on social media shows an attack on a student wearing a hijab in a Mississauga school.

The video shows a student in a hoodie approaching the student wearing the hijab.

“Own up to your sh**t,” the student in the hoodie says.

When the other student responds, “no,” she pushes her.

The person filming the students then says: “She is going to scream, ‘help me, help me.'”

The student attempts to walk away but the student in the hoodie pushes her and then hits her repeatedly on the head. The girl in the hijab kicks the student who then responds more aggressively.

Students walk by and no one steps in to stop the altercation.

The incident reportedly happened in December but the video, originally posted to TikTok, just started circulating on social media recently.

While it is unclear what motivated the attack, the school’s principal appeared to link it to Islamophobia in a letter she reportedly sent home to parents on Jan. 17.

“I want to remind you and your children that Islamophobia is unacceptable and will not be tolerated at our school,” the letter, obtained by CP24, from Omar Zia, principal of The Woodlands School in Mississauga, reportedly states. “Islamophobia and all forms of oppression need to be uprooted from our schools and communities.”

The National Council of Canadian Muslims is also calling out the attack but doesn’t immediately link it to Islamophobia.

“We are aware of a disturbing video circulating of an assault on a Muslim student in Mississauga,” they wrote on Twitter Tuesday (Jan. 17). “We are reaching out to the victim and the school and will have more updates as they become available.”

We are aware of a disturbing video circulating of an assault on a Muslim student in Mississauga. We are reaching out to the victim and the school and will have more updates as they become available.

The school started an investigation immediately and couldn’t confirm if the incident was sparked by Islamophobia, the Peel District School Board said in a statement to insauga.com.

“The Woodlands School responded promptly to the December 2022 incident and police were notified in accordance with Board policy and protocol,” the board statement reads. “The school thoroughly investigated all aspects of the incident, including any concern of Islamophobia and discrimination based on the video under the Ontario Human Rights Code and PDSB’s human rights policy.”

The matter is being addressed under the Student Code of Conduct and the board’s student discipline policy — Policy 48 – Safe and Caring Schools.

“Further to the school’s investigation, Islamophobia has not been confirmed as related to this incident, however we recognize the impact the conduct portrayed in the video has had on the community,” the statement continues.

“Appropriate measures were taken by the school promptly following the incident to ensure the safety and the wellbeing of impacted students and to respond to the incident through a whole-school progressive discipline approach.”

The video is shown below — the student’s faces have been blurred to protect their identities.