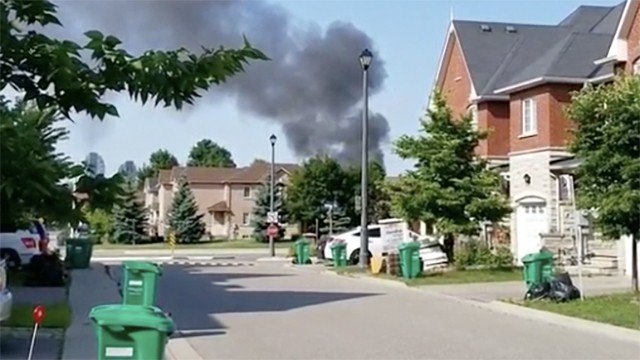 Some local roads are closed in the wake of a house fire in Mississauga.

Police say the blaze broke out in the Hurontario and Eglinton area.

A video of the blaze can be seen below:

Police say that while emergency crews are still on scene, the fire has been extinguished.

No injuries have been reported and police do not believe anyone was in the home when the blaze ignited.

The cause of the blaze is under investigation.