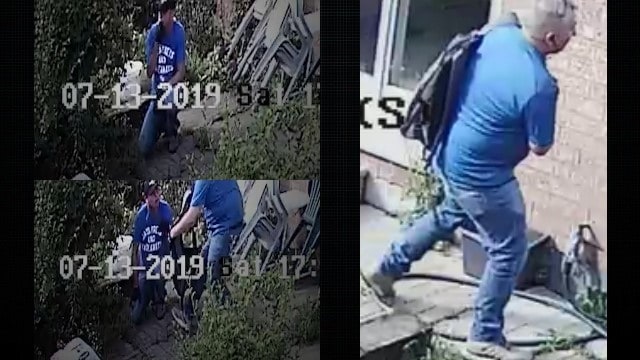 Police have released a video and photos of two suspects wanted in connection with a break and enter incident in Mississauga.

Peel police say that on Saturday, July 13, 2019, two unknown men entered the backyard of a residence in the Moongate Crescent and Invergordon Lane area in Mississauga.

Police allege the suspects entered the residence by punching the bottom right corner of the rear glass sliding door and knocking out the shattered glass panel.

The second suspect is described as male with a heavy build and short, light-coloured hair. He was seen wearing a blue t-shirt, blue jeans, and grey sneakers with white soles.

Police say the suspects fled in a silver Mercedes with dark rims. 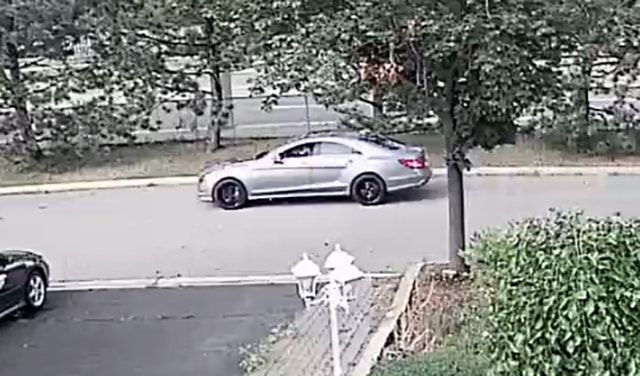 You can see a video of the suspects below: