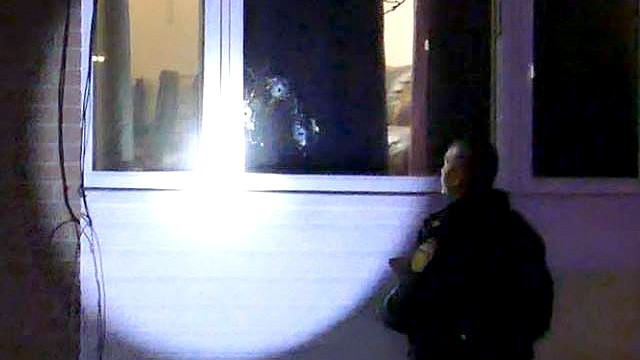 Gang activity likely isn’t the case after shots were fired at a home in Mississauga late Monday, say Peel police.

“It could be a number of possibilities,” said Const. Harinder Sohi.

Officers were dispatched to a call on Darcel Ave. in Malton’s Westwood area at 11:07 p.m. near Goreway Dr. and Morning Star Dr.

Tenants were home at the time and heard a loud bang, finding at least three bullet holes in the front window.

A round also struck a reddish Chevrolet Cruze parked in the driveway.

Shots Fired in House in Mississauga – Feb 22-17 from insauga on Vimeo.