VIDEO: Police and K9 Looking for Suspects After Hit and Run in Mississauga 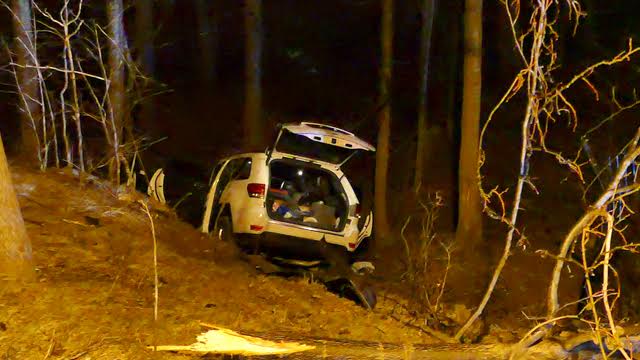 At 10:47 last night (March 6), police were informed that an SUV containing three or four male occupants had crashed through a fence and into a ditch in the Burnhamthorpe and Robert Speck area.

After the collision–which only involved the one vehicle–witnesses spotted the driver and passengers fleeing the scene on foot.

Officers and a K9 unit searched the area and managed to take two suspects–one passenger and the driver–into custody.

As of midnight on March 7, the other suspects were still outstanding.

You can see a video of the aftermath of the crash, courtesy of Pascal Marchand – The 4K Guy, below.

Car Crashes into Ravine at City Centre in Mississauga – March 7, 2017 from insauga on Vimeo.