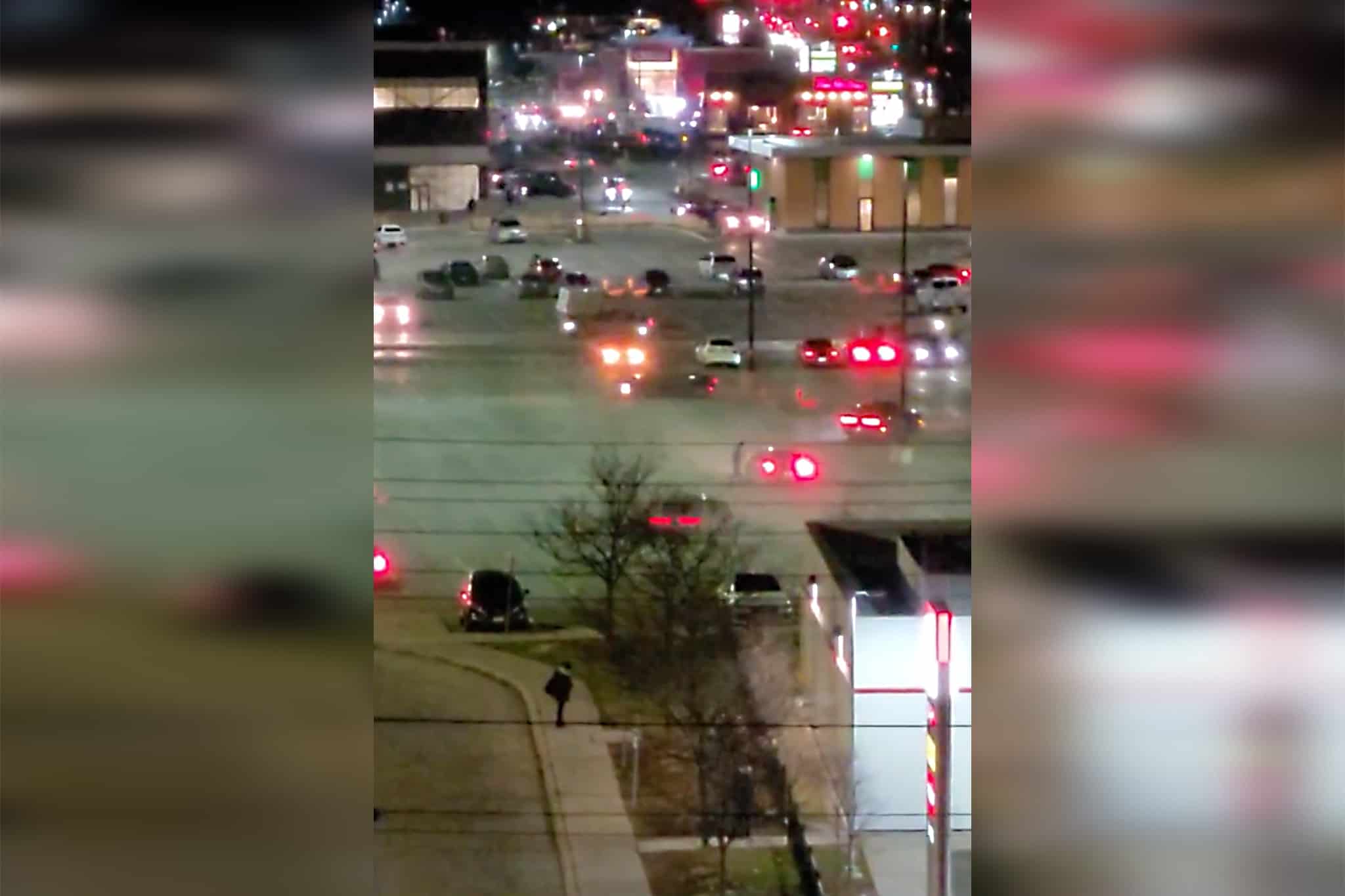 A vacant Mississauga parking lot appears to have become a hot spot for noisy driving maneuvers.

A video posted on Twitter shows a parking lot at Westwood Square mall in Malton filled with cars doing donuts and “drifting” (a driving technique where the driver intentionally oversteers, with loss of traction).

The resident says the drivers are coming regularly to the vacant parking lot.

The video shows exhaust fumes rising from the cars and loud street-racing noises are heard.

Peel Regional Police confirmed they received a few noise complaints for 7205 Goreway Dr., the address of the mall, on Nov. 26.

“Several vehicles were doing donuts in the parking lot and filling it with smoke,” Peel Regional Police Const. Sarah Patten tells insauga.com in an email.

The “cars were drifting and being very loud,” Patten says.

The parking lot has been vacant since Walmart closed in the mall about 18 months ago, Ward 5 Councillor Carolyn Parrish tells insauga.com in an email.

The noise and smoke are a “disgusting invasion of the healthy enjoyment of residents’ property,” Parrish says.

“It boggles the mind that dangerous driving charges haven’t been laid which would hit those drivers’ insurance policies,” Parrish adds.

She hopes police can get out and monitor areas like these. She also contacted the mall to see if they can shut down the parking lot.

“There must be liability issues for the property owner who allows dangerous practices on his property,” she says.

Westwood Square did not immediately respond for a request for comment.

Parrish adds that Malton has once again been let down.

“I wonder how long this would have been tolerated at Square One or any number of malls in the more populated areas of Mississauga,” she says.

“We remind the public that street racing is illegal and that it endangers the safety of everyone on the road,” Patten says. “Peel Regional Police have zero tolerance for dangerous driving and street racing activities. Our officers remain vigilant twenty-four hours a day, seven days a week.”

@PeelPolice …can you please put a stop to this drifting in the vacant parking lot of westwood mall (former Walmart parking lot). This happens every night.@BonnieCrombie …. please look into stopping this. pic.twitter.com/43sUa6ey8r