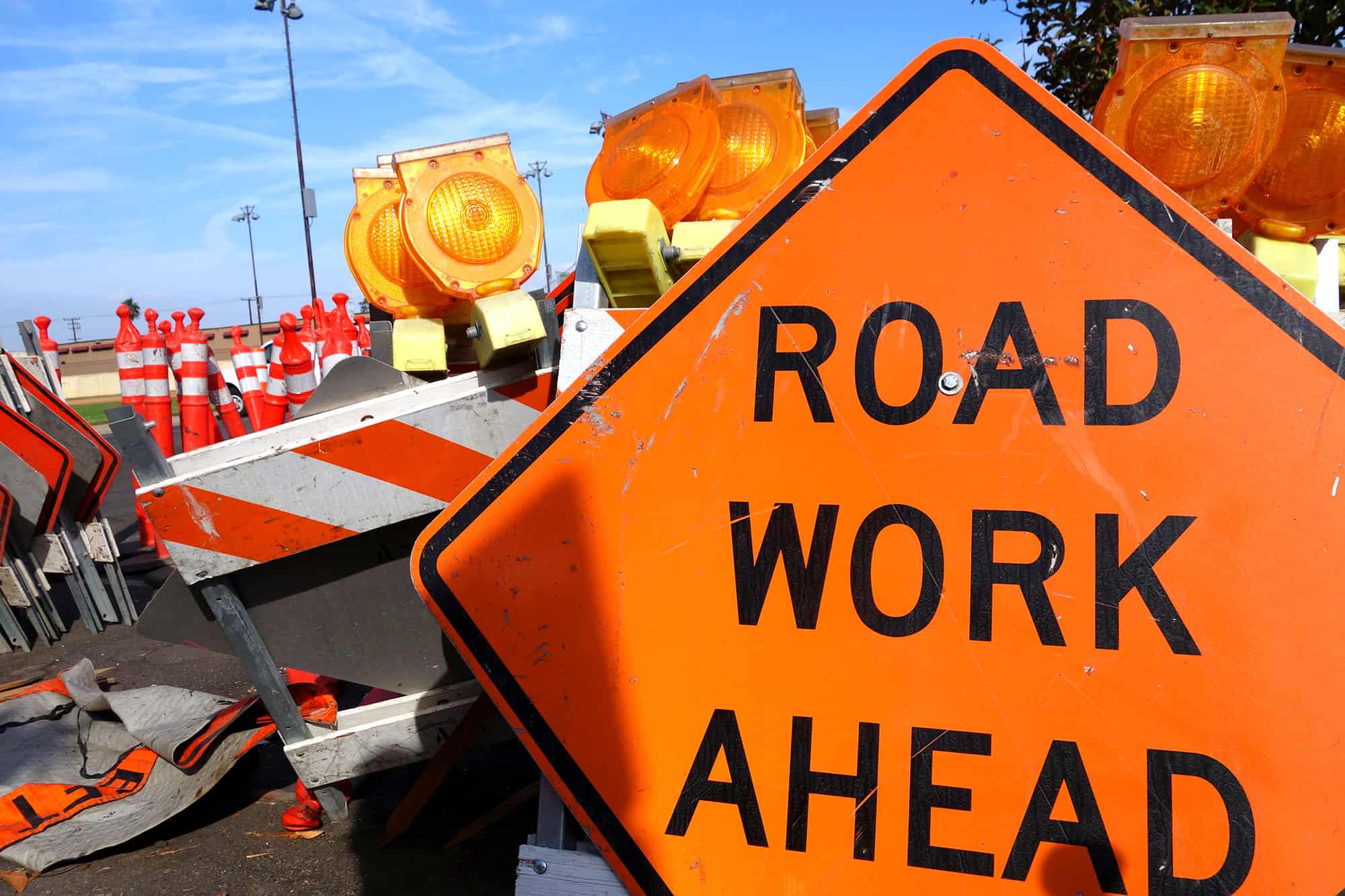 The re-construction of Newtonville Road in Clarington is on hold after a citizen discovered that some of the recycled material used in the project actually contained toxic materials such as decaying batteries, cell phone parts and syringes.

The pilot project involved laying down a two-inch thick foundation of recycled materials such as crushed glass before the final paving is done. But Newtonville resident Andrew McVey found a lot more than crushed glass in the material and was spilling the tea at Monday’s Clarington Council meeting.

“It’s toxic waste and stuff that should be in a proper landfill,” McVey, one of several delegates on the subject, told councillors. “My kids drink this water. I really, really don’t want another Walkerton here.”

The project is the responsibility of Durham Region and the Region promised to put off paving the road until an investigation into the composition of the material and the sorting process used is complete.

The Ministry of the Environment is also involved in the investigation.

The project is scheduled to re-build Newtonville Road between the fourth and sixth concessions, with the second phase about is two kilometres long. “Durham Region has recklessly dumped batteries and all kinds of dangerous toxic waste,” he claimed. “Unfortunately that will leach into the groundwater if we don’t get rid of it immediately.” 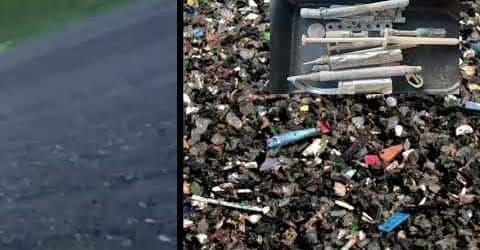 Regional staff were notified on Thursday, through the Environment Ministry, of the complaint and has instructed the contractor (Dufferin Construction) to “defer” paving the road until the investigation is complete.

Clarington Council, with councillor Granville Anderson calling the issue a “serious matter,” went a step further in passing a motion that demanded that “no further work” be done on the road and that the section of road found to contain toxic material be “removed immediately.”

The project began last year and was split into two phases with the first phase, using conventional road materials, completed last fall. The second phase, covering the southern portion of the road, was supposed to used recycled materials, especially recycled glass, which would be incorporated into the granular base with recycled plastics incorporated in the new asphalt.

An estimated six tonnes of mixed plastic and 400 tonnes of recycled glass from Durham Region’s Material Recovery Facility will be used for the second phase. Additionally, 4.5 tonnes of polyethylene terephthalate fibres (made from recycled plastic) would also be in the mix.

“We are proud to be exploring the use of recycled materials in our road reconstruction projects. This pilot will help define the potential for sustainable practices and determine the durability of roads that incorporate recycled materials. The opportunity to recycle waste in road construction is just one of the many ways Durham Region is leading the way in waste management,” said Durham Works Commissioner Susan Siopis in a quote from February that hasn’t aged well.

“Regional staff are working with the Ministry of the Environment, Conservation and Parks as we verify the details of the recycled material used in the road base. The verification process will take time, to allow a thorough review. The paving of the road will not commence until this process is complete.”

The regional project was partially funded through a one-time Federal Gas Tax award in 2019 and was expected to be finished by November 4.