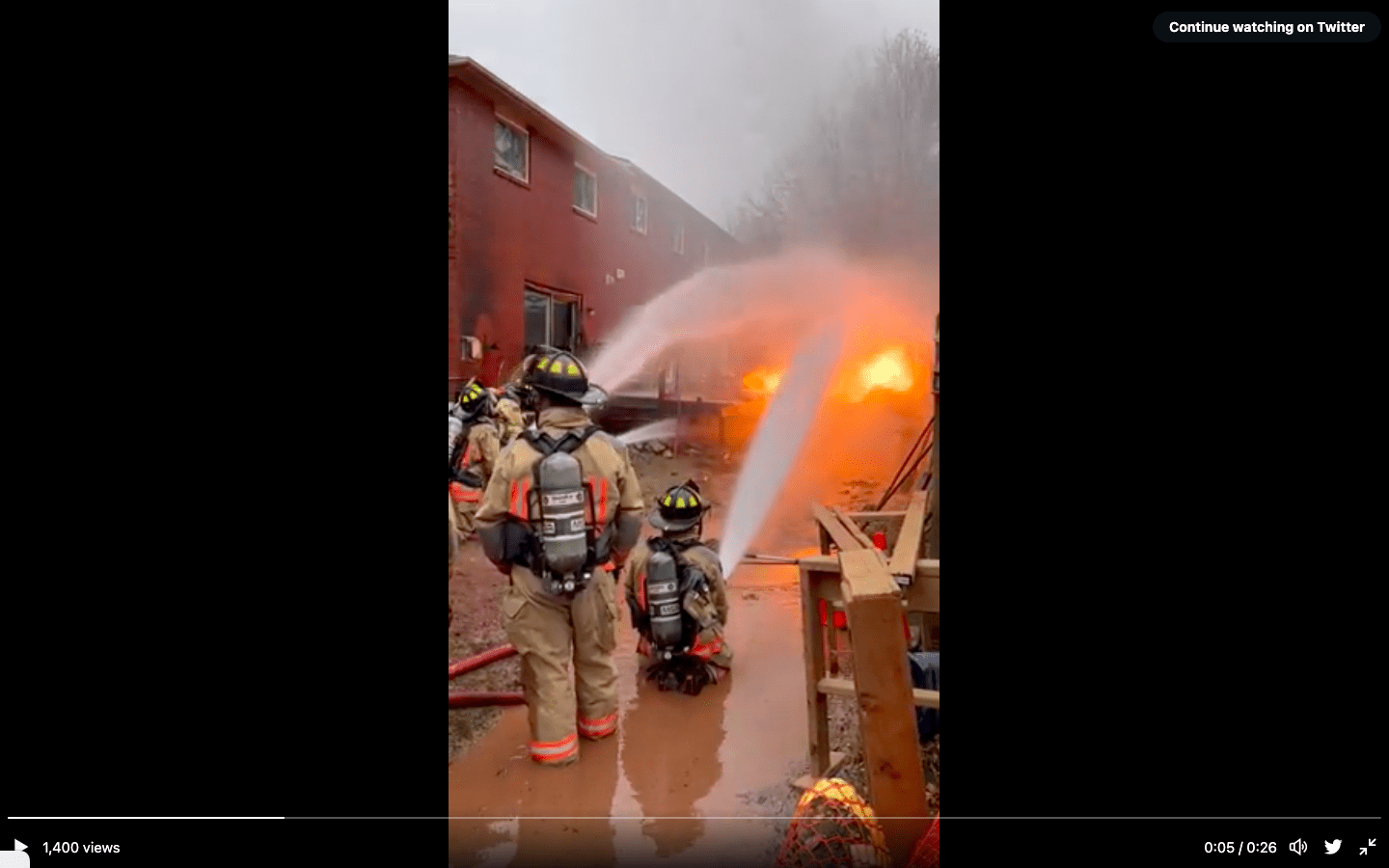 A multi-alarm gas fire is underway in Hamilton. - via Hamilton Fire Department

The Hamilton Fire Department is on scene at a large multi-alarm gas fire at a townhouse complex.

Hamilton Fire announced their crews were combatting the blaze at around 5 p.m. on Tuesday. The fire broke out at the townhouse at 34 Dynasty Ave. in Stoney Creek.

The area, just south of Hwy. 8, is a fairly dense residential street with multiple buildings of connected homes. As of the Fire Department’s announcement, all area residents had been evacuated.

The department reports that they have the fire in check. They are currently working with Enbridge Gas to shut off the gas line to the building.

Hamilton Fire posted a brief video of firefighters hard at work. Three hoses can be seen directed at the blaze as the townhouse belches bursts of flame.

The fire appears to have emerged underneath a back porch of the building. The video shows extensive damage to the sliding backdoor.

The Fire Department has not yet given a report on the cause of the fire or how much damage it has done.

Our crews are active at a multiple alarm fire for a Natural Gas fire at a townhouse complex at 34 Dynasty Ave. Fire is in check with Enbridge assisting with shut down. Surrounding residences have been evacuated. pic.twitter.com/BfnQfcWjUY