Video: Mississauga man captures of footage of two foxes “stuck together” in his yard 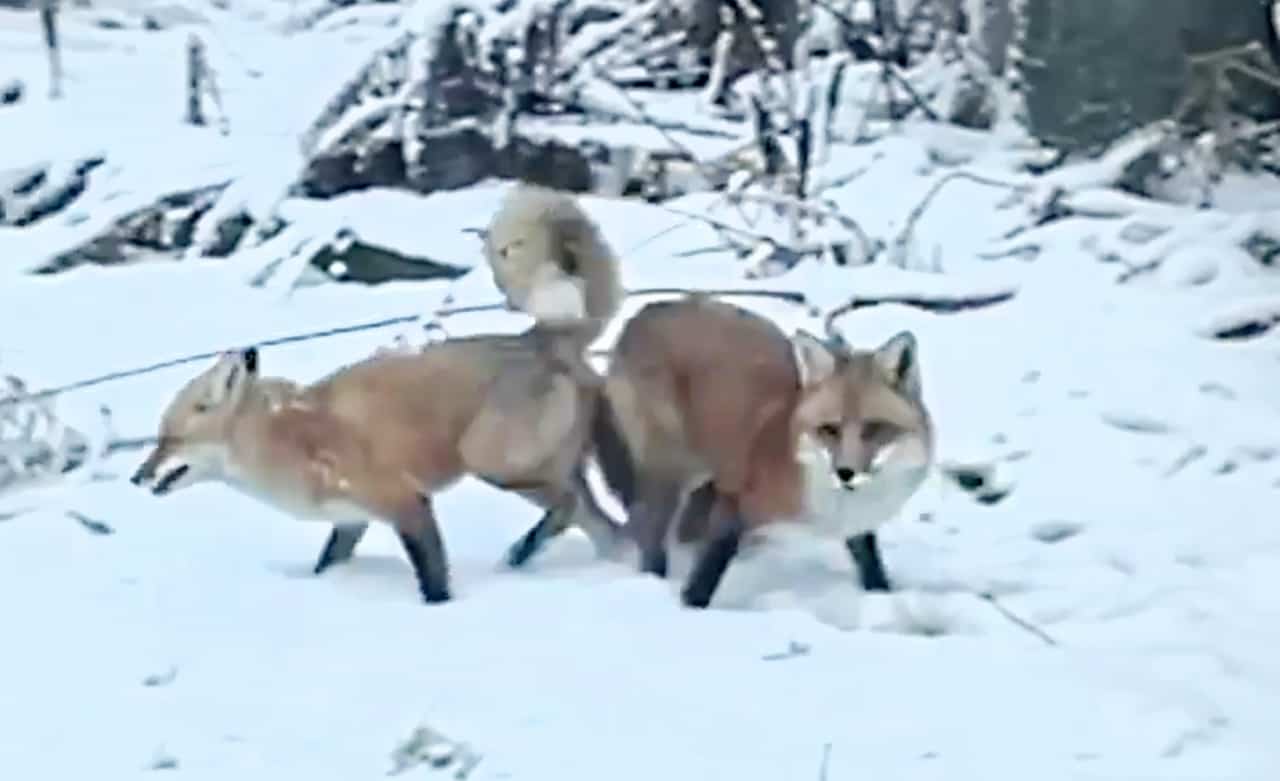 Love is in the air — at least for wildlife.

A Mississauga resident captured mating foxes in his backyard and it went on for a long, long time.

“Woke up to these foxes stuck to one another,” Benjamin Britton posted on the Facebook group, Port Credit Friends last weekend.

Britton, who lives in Mineola east, says the mating lasted 45 minutes. He kept videoing the two animals as they moved around the yard until they finally broke apart.

“It is breeding season and canids become ‘attached’ temporarily through intercourse,” Smith says. “It’s due to a part of the male fox’s reproductive organ swelling and actually preventing him from removing it from the female. Essentially, the pair are locked together until this swelling subsides.”

Smith adds this is nothing to be concerned about as they are not considered to be in distress and it is part of the mating ritual.

This is the time of year for mating and City of Mississauga just warned residents it is mating season for coyotes.

Mississauga is home to the red fox, according to the City of Mississauga. This type of fox is known for its reddish-orange fur, long, thin legs, medium sized-frame, pointed black tipped ears, a slender snout and a thick, white-tipped bushy tail. Their chest and belly tend to be a creamy off-white colour.

Britton, who owns 2B Wired inc, says his backyard is spacious and his family loves it as well as the animals.

“We’ve seen some awesome jackrabbits too,” he tells insauga.com.

He adds that the home is for sale and anyone interested should check out the listing here.

To learn more about foxes in Mississauga, visit the city website page on the red fox.