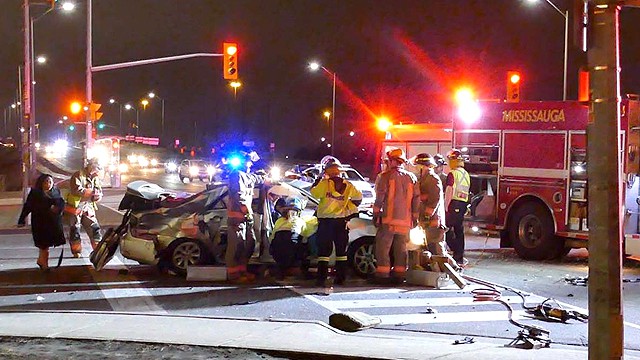 A massive two-car crash that led to someone being extricated from a vehicle resulted in–thankfully and seemingly miraculously–minor injuries.

In the late hours of Friday, March 24, a two-car crash occurred in the Mavis and Courtneypark area in Mississauga.

At least one male patient, the front passenger of one of the cars, had to be extricated with power tools.

Firemen used the jaws of life to cut the door before EMS crews could attempt to free him.

Upon arrival at the scene, a woman was helped out of the most damaged car and walked into an ambulance.

Peel police said the injuries sustained were minor in nature.