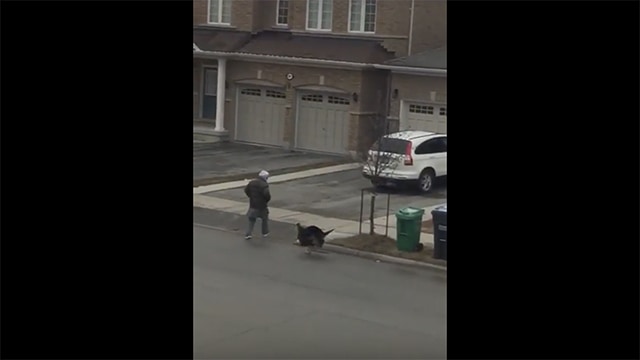 In Brampton, anything is possible–even being chased by a large wild(?) turkey.

In Brampton, anything is possible–even being chased by a large wild(?) turkey.

A Reddit user recently brought delight to the Brampton subreddit by sharing a YouTube video of a very large turkey harassing an older gentleman on a residential street in the city.

The clip, which was posted on March 7, has 500+ views and shows a large and seemingly aggressive bird stalking a man on the sidewalk.

At one point the man attempts to shoo the gigantic bird away with a stick, but the brave turkey is undeterred and continues to follow him down the street.

The video, made by Aaron Aldaz, can be seen below: