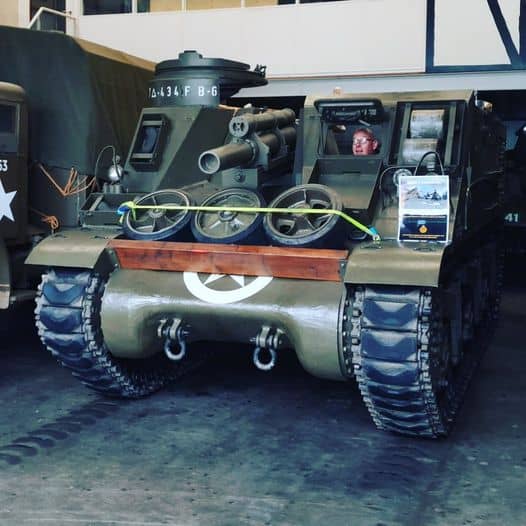 The ‘Priest’ has arrived.

The WW2 Howitzer Motor Carriage M7B1 – better known as the M7 Priest – arrived in Oshawa Thursday and will be unveiled to the public at a detailed new exhibit December 3.

Ontario Regiment R.C.A.C. Museum acquired the very rare M7 Priest from BAIV of the Netherlands, where it had been expertly restored to running condition after being rescued from a German scrap yard.

The tank was put up for auction at Tracks & Trade in Holland where it was purchased for the museum with the support of The Dunkley Charitable Foundation.

The vehicle arrived in Halifax Monday morning before making its way to Oshawa.

More than 4,000 M7 Priests were built in the US between April 1942 and the end of WW2. Based on the very successful M4A3 Sherman, the turret was replaced by a casement and a 105mm Howitzer. The M7 was used by the Americans, the British, the Canadians, and the Free French and many Canadians landed on Juno Beach in these vehicles during the Second World War.

After the war, this Priest was used by the US Army in Korea and then by the French and West German armies up until 1965.