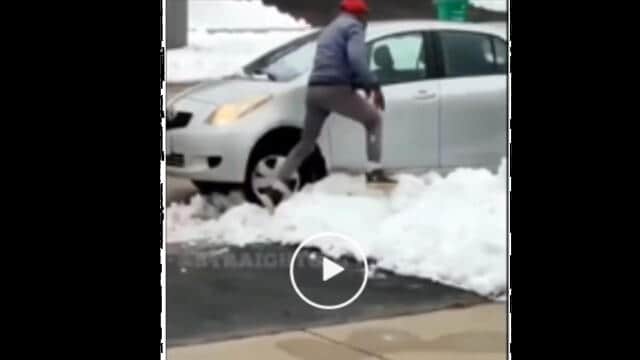 A video taken by homeowners who were targeted by an alleged porch pirate shows what happened when the suspect tried to make his getaway.

Judging from the video, which is being shared on Reddit, homeowners in Mississauga happened upon a man who was allegedly attempting to steal a package from their porch.

In the video, the alleged thief attempts to drive away and gets stuck in a large snowbank in the process. Unable to free his vehicle, the man is later confronted by police.

The incident is believed to have occurred today in the Churchill Meadows area and is being shared through a number of social media sites.

Police arrived at the scene but indicate they are still investigating and cannot confirm charges at this time.