VIDEO: Four-Year-Old Ejected From Vehicle During Highway 401 Collision In Mississauga 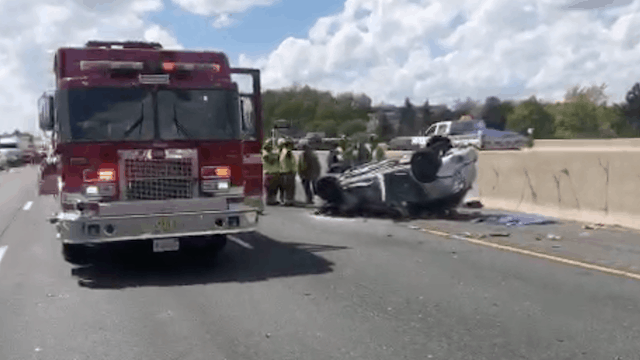 There has been a collision on Highway 401 eastbound at Winston Churchill in Mississauga.

According to Sgt. Kerry Schmidt, a transport truck and an SUV were involved in the collision. The vehicle flipped over on its back due to the impact.

Three people, including two children, 2 and 4-years-old, have been transported to the hospital. According to the PeelParamedics, the four-year-old child is in critical condition, the two-year-old does not have serious injuries and the adult driver is stable. The four-year-old was ejected from the SUV during the collision.

The female transport truck driver remained at the scene.

The highway will be closed for investigation until later this evening.

Highway 401 westbound is still open, but there are heavy delays.

4 year old with life threatening injures after being ejected from a vehicle on #Hwy401 #Mississauga https://t.co/o5oIaUOHLA