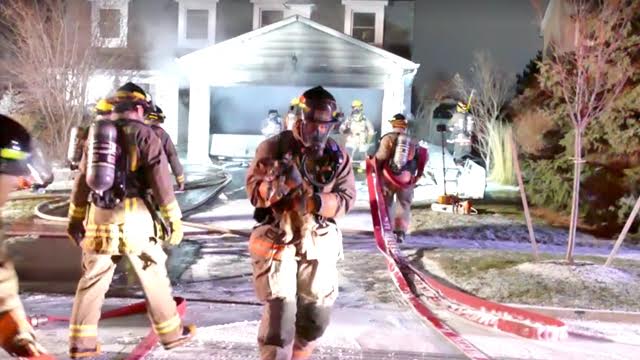 While a house fire is always terrible news, it’s always good to know Mississauga’s Fire and Emergency Services is there to extinguish the flames and rescue anyone in need of assistance–even furry family members.

At approximately 8:00 p.m. on Saturday, Jan 28, a fire started in the garage of a home on King Richard’s Place, south of Dundas Street at Mississauga Road. The fire eventually spread to other parts of the house.

All human occupants evacuated safely, but a cat was trapped inside. Fortunately, a firefighter managed to locate the pet and brought it out of the house so it could be reunited with its family.

Fire crews battled the blaze and secured a safety perimeter around the scene. Heavy smoke was seen billowing out of the garage door, which fire crews breached shortly after arriving at the scene. Crews used pike poles and saws to cut through walls and find any fire that would have spread throughout.

Police blocked the road as a precaution.

Here’s a video of the cat rescue, courtesy of Pascal Marchand – The 4K Guy, below.