VIDEO: Fire Breaks Out in Mississauga 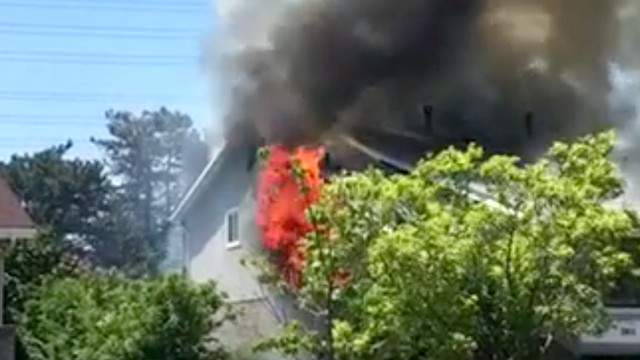 Earlier today (Oct. 2), a fire broke out in an industrial unit in Mississauga in the Shawson and Britannia area.

Shortly after noon, Peel police Tweeted that a tractor-trailer was on fire and that the flames were spreading to surrounding vehicles.

Around 1 p.m., police announced that the fire had been extinguished. Fortunately, no one was injured in the blaze.

You can see plumes of black smoke billowing over a building, courtesy of a video shot and uploaded to Twitter by Carla Pereira.