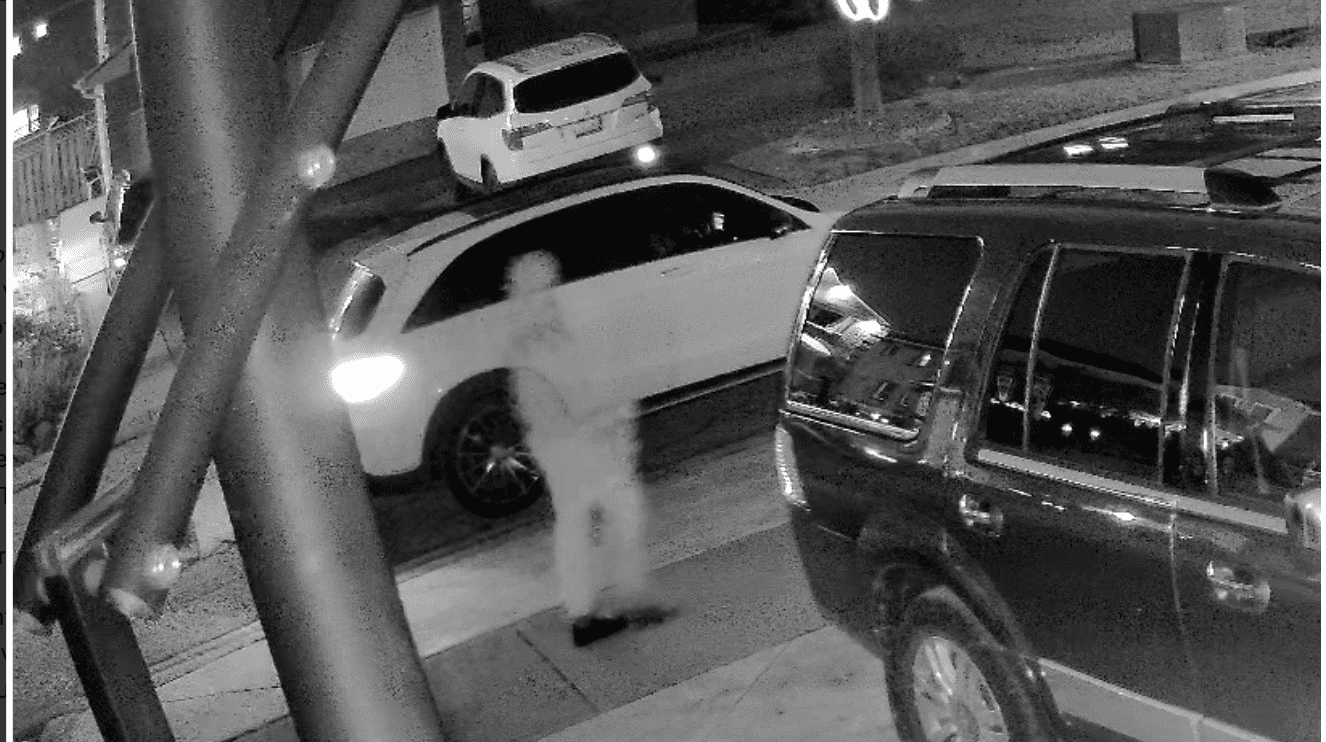 An unidentified suspect is at large after he assaulted a woman walking down the street in Brampton.

The victim was walking down the street near the suburban area of Higgins Cres. and Parkside Dr shortly after 6:30 p.m. on December 1.

As she walked, she was approached from behind by an unknown man. Security footage released by Peel Regional Police shows the woman grow wary of the man on the sidewalk behind her. She begins to walk toward a house through the yard to avoid him

However, the man quickened his pace and headed her off in a walkway. As the woman tried to run past him he grabbed her from behind.

The man was holding a bag and seemingly forcefully tried to pull it over the woman’s head. He can be seen in the video slamming down on the woman’s head with both hands.

Still holding the woman, he next tried to wrestle her to the ground pulling her back and forth violently. She managed to slip out of his grasp and make a run for it toward the road.

The man followed close behind striking the back of her head. Just as he caught the woman again, he struck her in the head again. After this he abruptly turned tail a sprinted away down the sidewalk away from where he had come.

The woman was left standing on the sidewalk holding her head. Luckily she wasn’t badly injured in the attack.

Police have released sparse details about the suspect describing him only as about 6-foot-1 and wearing a light-coloured hoodie and dark sweatpants.

Anyone with information that can identify the attacker can call police at 905-453-2121 ext. 2233, or Crime Stoppers anonymously at Crime Stoppers at 1-800-222-TIPS (8477). Anyone with video surveillance, dashcam or digital video footage can submit it online.