Video: Car speeds on sidewalk to pass traffic in Mississauga 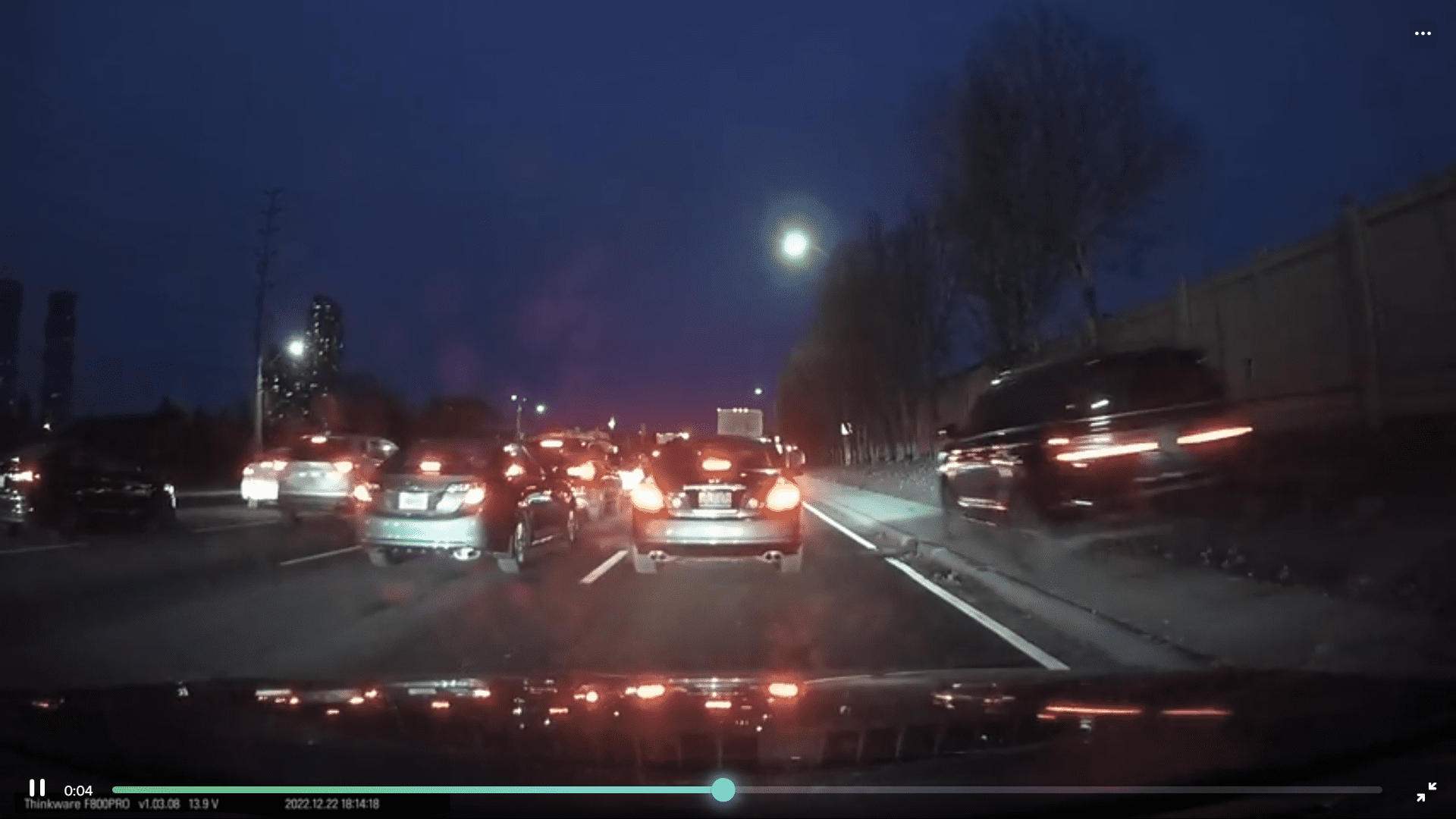 While some drivers can get impatient with traffic on Mississauga’s roads, few are bold enough to try driving on the sidewalk instead.

However, a recent video posted to Mississauga’s subreddit depicts exactly that.

The dashcam footage, posted by Reddit user WhiskeyOctober earlier this week, shows a vehicle speed past traffic by driving on the sidewalk on Mavis Road near Rathburn Road, southbound towards Burnhamthorpe.

The video can be seen below:

It’s unknown at this time if there were any injuries or damages caused by the reckless driving.

Peel Regional Police say they’re aware of the incident and are hoping to identify both the vehicle and the driver in order to investigate further.

“Sidewalks are meant for our most vulnerable road users. They are not meant to be used as a short-cut or as another lane of traffic to navigate vehicles,” said Cst. Heather Cannon of Peel police.

“If anyone observes any other driver conducting themselves in this same manner, this is a potentially dangerous situation and therefore 9-1-1 can be used.”

Police say such incidents can also be reported by calling their non-emergency number at 905-453-3311.