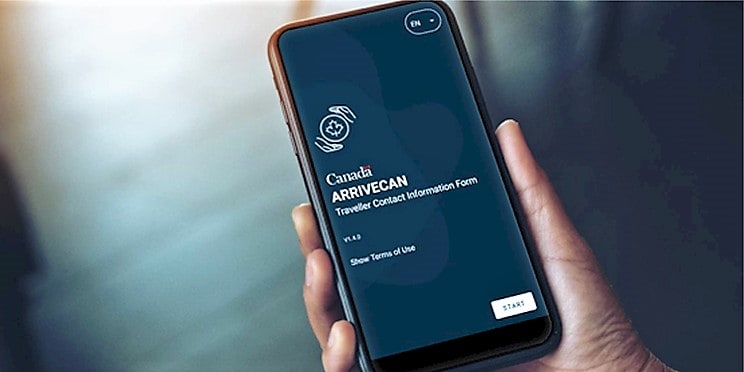 Are the days of the ArriveCAN app numbered? One New York State congressman suspects they might be.

In a move that would open up tourism at the Niagara-on-the-Lake, Fort Erie and Niagara Falls land border crossings, as well as air travel out of Mississauga’s Pearson Airport and Hamilton’s John Munro Airport, the American station pointed out that back in June, the Canadian federal government extended many of its COVID-19 restrictions to go until at least September 30.

So far, both Niagara Falls Mayor Jim Diodati and Fort Erie Mayor Wayne Redekop having been calling for ArriveCAN to be dropped, saying it’s damaging the tourism market in their cities.

That’s next Friday. So far there has been no word out of Ottawa that the contentious app may be dropped.

But one New York Congressman Brian Higgins, vocally critical of many of the COVID policies at the border, is hopeful they will soon come to an end.

Higgins says there is a lot of momentum on both the Canadian and America side to end the mandatory use of the ArriveCAN app.

“The hope is it will end the mandatory ArriveCAN and make it voluntary if people choose to use it, but not required to use it,” says Higgins.

To enter Canada now, travelers have to use the app and enter their proof of vaccination and other information up to 72 hours before crossing the border into the north.

Higgins told numerous American media outlets that he had met with some of his Canadian counterparts to talk about the need to remove barriers at border crossings to encourage travel and tourism.

“These COVID restrictions that continue to hamper cross-border traffic are a big problem and traffic is down between the borders by about 40 per cent, so it’s absolutely essential that we get back to a sense of normalcy. (I believe) 86 per sent of Canadians are fully vaccinated, and I think we’re moving into a management mode as it related to COVID,” said Higgins.

Higgins told the station he’d also like to see the remainder of the restrictions, such as random testing at the border, also get dropped September 30.

“That is hoped, and also the vaccination requirement,” Higgins has said. “Again, 86 per cent of Canadians are fully vaccinated. It’s a lower percentage for the United States, but it’s still very, very high. And my hope is that all COVID restrictions will be lifted.”

As for the Canadian government, which just resumed parliament today, there has been no announcements but the issue will have to come up before September 30.