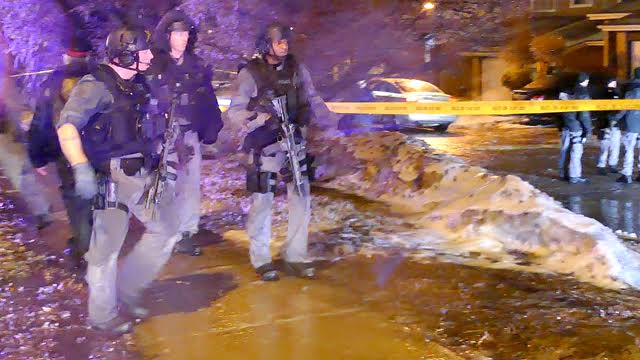 Police are investigating after a man ended up in hospital after being shot in the neck in Brampton.

Police are investigating after a man ended up in hospital after being shot in the neck in Brampton.

On Tuesday. Feb. 7 at approximately 6:15 p.m., Peel police announced that officers were responding to reports of a shooting in the Clark and Torbram area.

A source told inbrampton.com that the victim was transported to hospital by someone he may have approached after the reported shooting.

An adult male victim was transported to hospital. According to police, he was conscious and alert and being attended to by hospital personnel.

A witness told inbrampton.com that a tactical police team, along with two K9 units, canvassed the neighborhood after the incident.

There is no suspect info available at this time.

You can see a video of the aftermath, courtesy of Pascal Marchand – The 4K Guy, below.