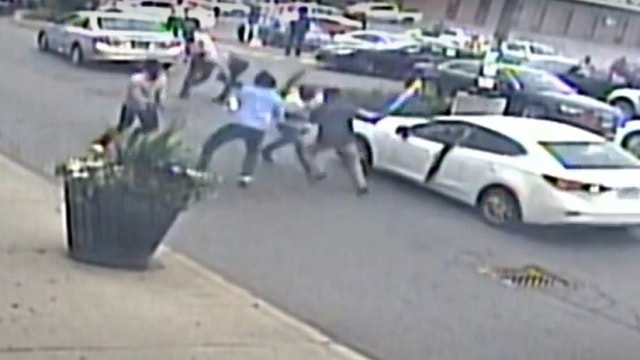 Investigators with the Peel police say they have identified two suspects who were involved in an assault in Mississauga in late June — and they are seeking the public’s assistance in identifiying the other three.

The incident occurred on June 27, a Sunday, at the Westwood Mall located at 7205 Goreway Dr. in Mississauga. Five pepople exited a white Dodge Charger, armed themselves with cricket bats, pipes and baseball bats and assaulted three other people.

Peel Regional Police shared footage of the assault on their YouTube channel on Tuesday (Aug. 10.)

Warrants have been issued for both Ayush Sharma, 24, of Brampton, and Harpreet Singh, 23, also of Brampton. Police are actively looking for both Sharma and Singh at this time. If you know of their whereabouts, please contact Police.

Anyone with information is asked to call investigators with PRP’s 12 Division criminal investigation bureau at 905-453–2121, ext. 1233.