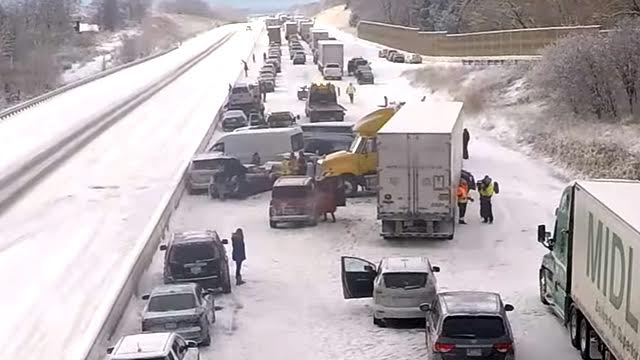 If you thought the massive 40-car pile-up in the 410 in Mississauga was bad, be thankful you weren’t traveling down the 401 in Bowmanville over the weekend.

On Jan. 7, the OPP announced that it had to close both the east and westbound sides of the highway in Bowmanville for several hours due to abysmal road conditions. The OPP reports that officers responded to multiple collisions that involved approximately 100 vehicles.

A tractor trailer jackknifed and rolled over during the incident and several people were transported to hospital with minor injuries.

In the fvideo, you can see the general disarray that resulted from the poor conditions.

Thankfully, no fatalities or serious injuries occurred and all involved parties who were taken to hospital have since been released.