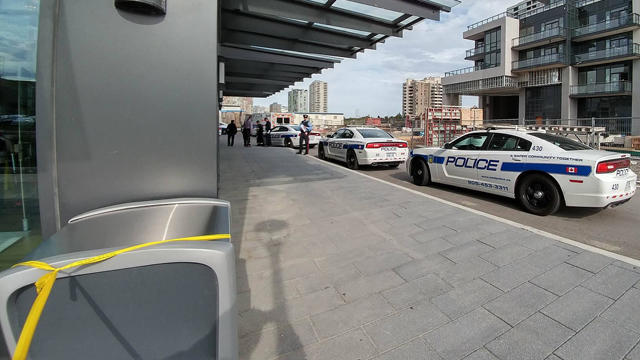 Investigators from the Homicide and Missing Persons Bureau are asking anyone with any information about Wednesday’s City Centre murder to please come forward.

On Wednesday, Sept. 28, Peel police were called to a condo located at 3985 Grand Park Drive to investigate reports of an “injured” man. Upon arrival, the victim was found without vital signs and pronounced dead.

According to police, the victim met with an unidentified culprit in the underground parking lot of the building. The suspect assaulted the victim and fled in a motor vehicle. Someone discovered the victim, who had collapsed, and called emergency crews to the scene.

The victim has been identified as Nam Huu Pham, a 31-year-old man from Toronto. Pham succumbed to his injuries around 1:40 p.m. Although police would not confirm or deny that Pham was stabbed when insauga.com contacted them yesterday (Sept. 29) afternoon, they are saying that the cause of death is consistent with an “edged weapon attack.”

Multiple news outlets have reported that the man was bleeding heavily when discovered.

Although there is no information on the suspect at this time, reports have emerged that police are reviewing security footage. The police are also asking that any witnesses who may have been in the area at the time of the murder to please come forward with any information.

If you have anything you want to share with police, please call investigators at the Homicide and Missing Persons Bureau at (905) 453-2121, ext. 3205. Information may also be left anonymously by calling Peel Crime Stoppers at 1-800-222-TIPS (8477), by visiting www.peelcrimestoppers.ca or by sending a text message to CRIMES (274637) with the word ‘PEEL’ and then your tip.