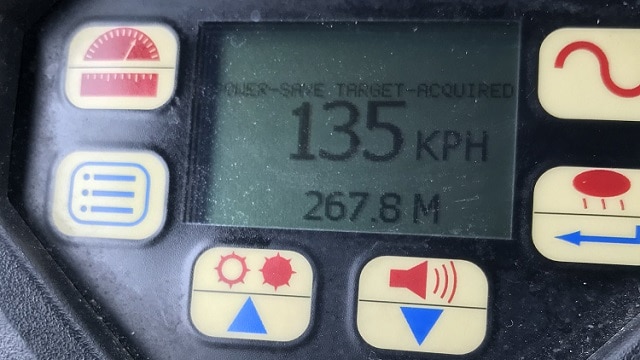 A Mississauga man is without his licence after a speeding incident around 4:00 p.m. this afternoon.

Peel Police said in a recent tweet that a 37 year old male driver in a Ford Mustang was caught going 135 km/hr in the area of Hurontario and Highway 401 (a 60 km/hr zone).

Two young children were sitting in the backseat.

The driver claimed he was on his way to the movies, police say.

Officers have seized the vehicle and the driver’s licence was suspended.