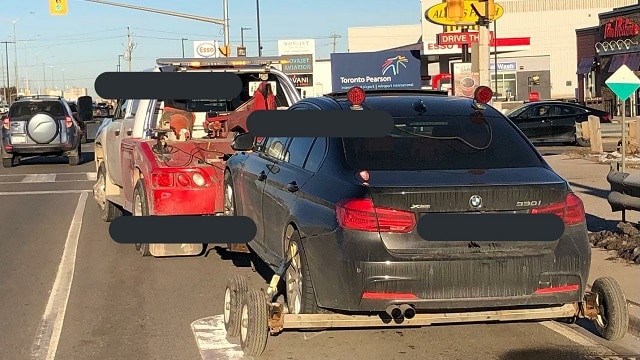 Charges have been laid following a Saturday morning street race in Mississauga.

Police say they found two vehicles racing in a 70 km/hr zone, with one vehicle clocked at 131 km/hr — nearly double the posted speed limit.

As a result, a 25 year old driver was charged with stunt driving and had their vehicle impounded and towed from the scene.

There’s no word on charges against the other driver involved in this incident.

According to a recent report, Mississauga boasts the second-highest insurance premium compared to 10 other Ontario cities, with drivers paying about $2,372 a year (estimates are based on a 35-year-old Honda Civic driver with a clean record).