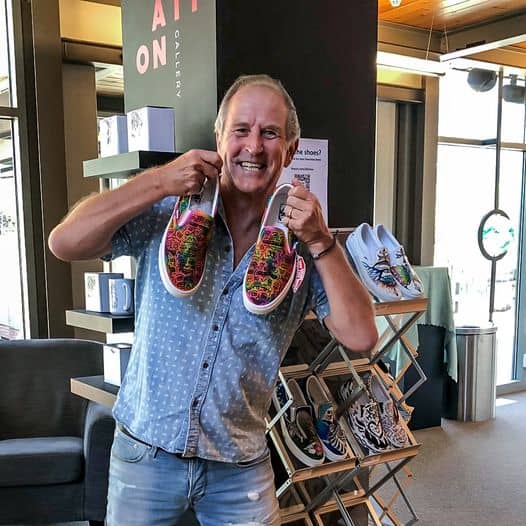 An online auction of hand-painted VANs shoes raised more than $2,000 for the Station Gallery’s 50th Anniversary celebrations, and an anonymous donor matching the auction totals dollar-for-dollar pushed the total to $4,270.

The shoe art was created by talented local artists, who each put their own spin on the design. The shoers were then auctioned off – with each pair getting its own post, complete with descriptions of the art, the artist and the idea behind the design.

There were 13 pairs of shoes up for grabs in the auction which went from July 23-30 and the winning bids ranged from $125 to $240 a pair. Chris Trubella of Citrus Media, the man behind the auction, created a pair himself and his shoes earned the top bid of $240.

“It’s a different and fun art format that by default gets some attention,” Trubella said. “It’s perfect for fundraising efforts.”

Other artists who contributed to the auction included Dani Crosby, Clement Lush, Jason Wilkens, Alex Barlow and Kerri King, who also happens to be the CEO of the Whitby gallery.

Andro Petric successfully bid on five of the 13 pairs of shoes at the auction, with the Station Gallery raising $765 on his bids alone.