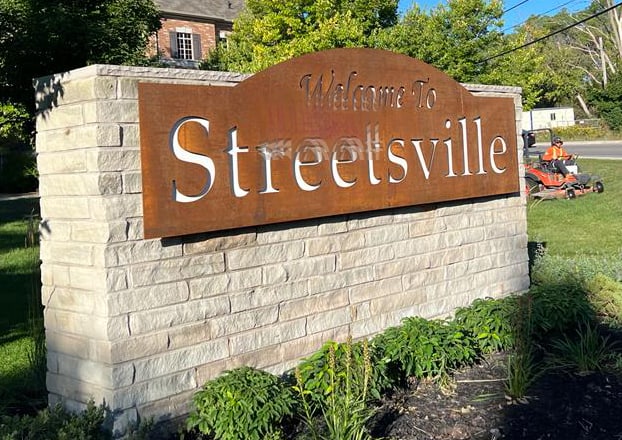 Residents of the Streetsville area of Mississauga are upset that an act of vandalism has hit too close to home.

Earlier this week, a resident of Streetsville spotted a spray-painted vulgarity on the large “Welcome to Streetsville” wood-and-brick sign that’s situated on Bristol Rd. near the Credit River bridge and welcomes people to the small community.

The offensive term was sprayed onto the wooden plaque in what appears to be red or purple paint. The plaque is attached to a brick backdrop/foundation that’s roughly four feet tall by eight feet wide. 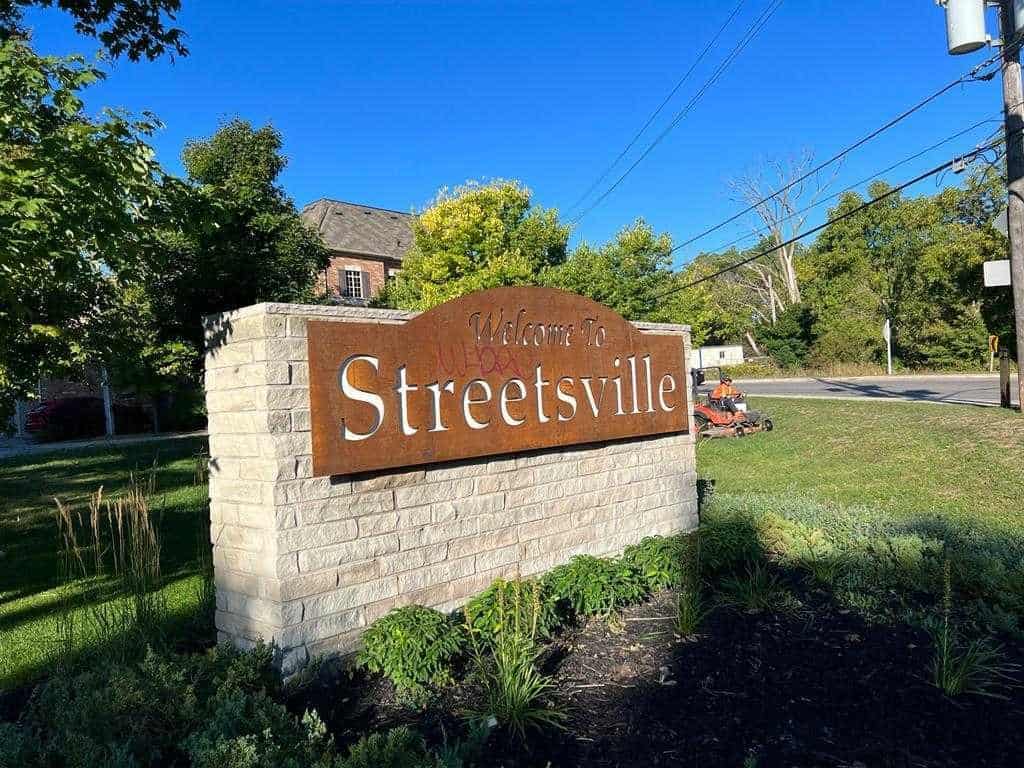 City of Mississauga officials say any such acts of vandalism, particularly graffiti, are to be reported to them so the damage can quickly be fixed and the message erased.

The City says anyone who spots graffiti on buses, bus stops or bus shelters, buildings, sidewalks, bridges, park benches, playground equipment and signs should report the incident by calling 311 (the City’s info line) or online at the City of Mississauga’s website (search graffiti).

Once an incident is reported to the City, officials will launch an investigation within five business days.

They add the City will then remove graffiti on City property while property owners will be tasked with removing graffiti on private property.

Officials with Safe City Mississauga, founded in 1992 to help reduce criminal opportunity in the city, say the damage needs to be undone right away before things spiral into something worse.

“Graffiti and vandalism need to be reported and cleaned up quickly,” Safe City Mississauga says on its Facebook page. “If left unreported, graffiti leaves the impression that no one cares, leading to increased graffiti and crime.”

Unreported graffiti can also contribute to a loss of business, growth and tourism, and a reduction in property values, the group says.

The organization adds that graffiti is often found in parks and playgrounds, on mailboxes, utility boxes, bridges and overpasses, and on public and private buildings, and fences.