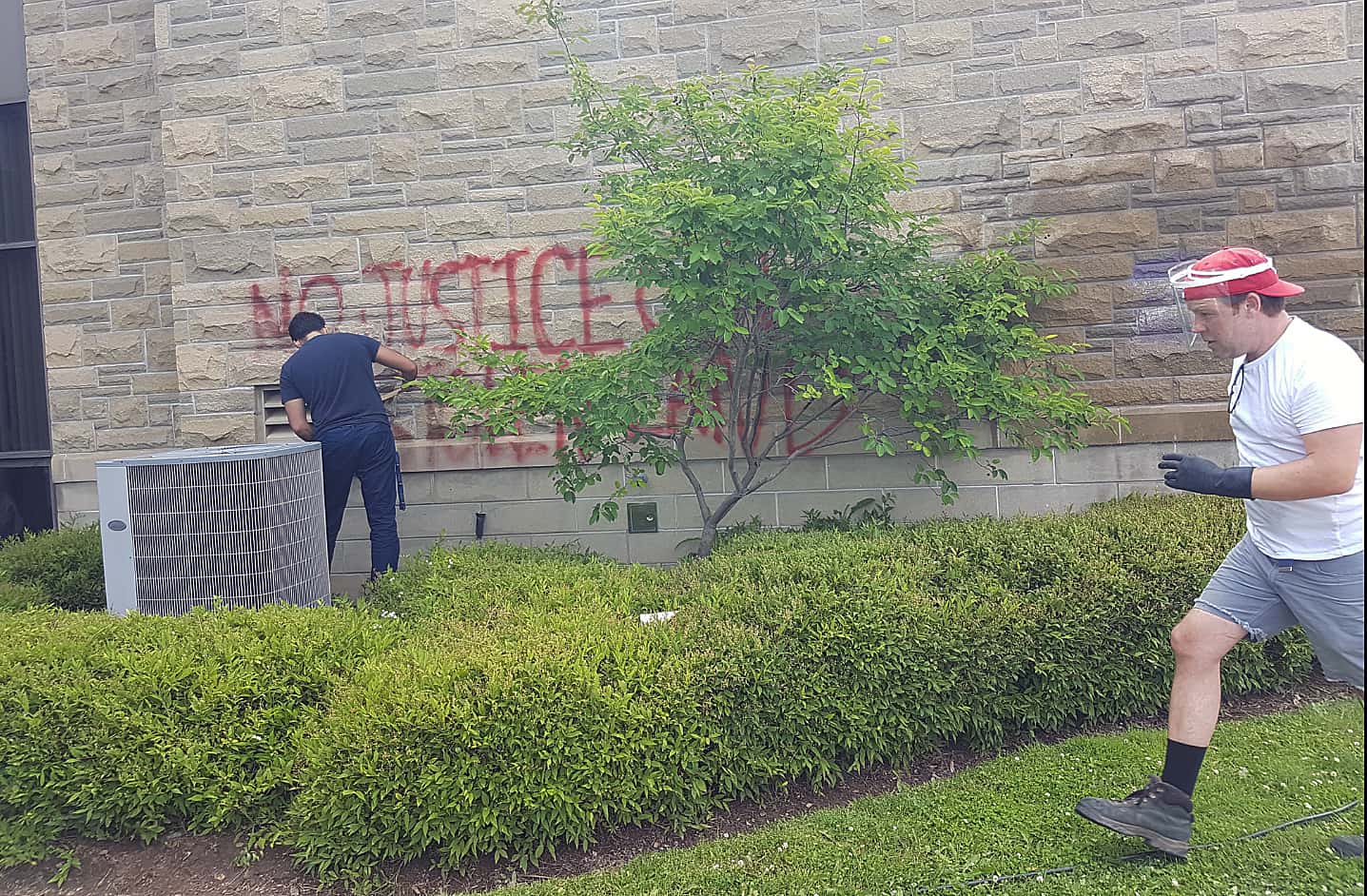 The vandalism committed at a Mississauga church after controversial remarks made by a priest is being investigated as a hate crime by Peel Regional Police.

Police confirm their investigation is leading them in that direction of a hate crime after graffiti was painted onto Merciful Redeemer Parrish on Erin Centre Blvd. either late Wednesday or early Thursday morning.

Police say they were called to the scene at around 7 a.m. on Thursday where a staff member at the church discovered the graffiti.

The crude graffiti targeted the beliefs of Roman Catholics in general and the role the church played at residential schools. Most of the graffiti has since been removed.

The vandalism was likely in response to remarks made by pastor Owen Keenan during his sermon last Sunday at the church where he discussed the “the good that was done” by the Catholic church when it operated the residential schools that aboriginal children were forced to attend.

The schools opened in Canada pre-confederation and existed for more than 100 years.

The priest has come under heavy criticism for his comments in light of the hundred of unmarked graves discovered in both British Columbia and Saskatchewan of children who were students at the residential schools.

Police say investigators are canvassing nearby buildings to see if any video exists of the vandals. The church also has a video surveillance system.

Police say they have not determined how many people were involved and are appealing to witnesses to help solve the case.

While the case is being investigated as a hate crime at his point, police are consulting with the Crown Attorney’s office to determine if they will proceed with that type of charge if arrests are made. Otherwise charges of mischief are likely to be filed following an arrest.

(Photo: Workers wash graffiti off a Mississauga church that is at the centre of controversy)