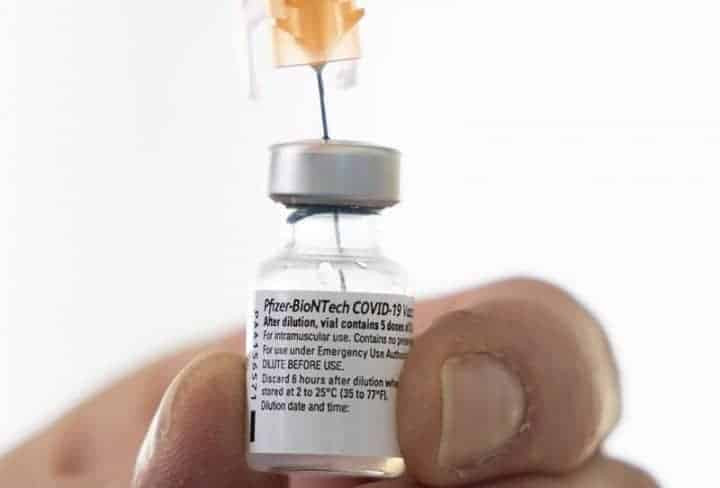 Canada is set for a relatively quiet few days on the COVID-19 vaccine front with only about 600,000 Pfizer-BioNTech doses set to arrive this week.

The two pharmaceutical firms were originally scheduled to deliver two million shots in the next seven days, but shipped 1.4 million of those doses last week instead in anticipation of the May long weekend.

Pfizer and BioNTech have been consistently delivering doses even as other vaccine makers have struggled to keep their shipments flowing. They’re set to increase their weekly deliveries to 2.4 million doses starting in June.

The federal government is also expecting more doses of the Moderna vaccine before the end of May, but officials say they have yet to nail down a specific timetable for when those will arrive.

Discussions are also taking place over the possible delivery of another 1 million Oxford-AstraZeneca shots by the end of June.

Meanwhile, Health Canada is still reviewing 300,000 vaccines from Johnson and Johnson. Those doses were delivered last month but have yet to be distributed because of concerns of possible tainting at a Baltimore production facility.

Canadian officials reported over the weekend that more than half of the population has received at least one vaccine dose.

This report by The Canadian Press was first published May 24, 2021.