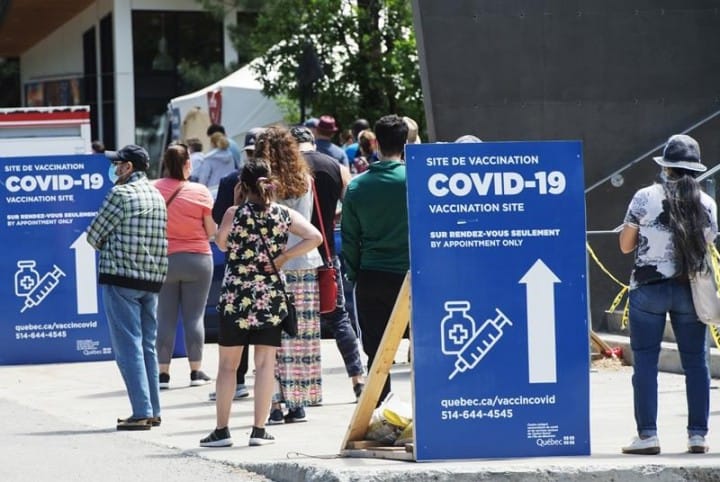 Can we see a normal summer by labour day in Mississauga and Brampton?

Prime Minister Justin Trudeau’s promise of a two-dose fall is looking a lot more like it will become a two-dose August.

Trudeau says Canada is on track now to have 68 million doses delivered by the end of July, which is more than enough to fully vaccinate all 33.2 million Canadians over the age of 12.

Previously Canada expected enough to fully vaccinate 75 per cent of all eligible people before August, but Moderna has now scheduled another 11 million doses to be delivered in late June and early July.

Ontario usually gets just shy of 40% of all the vaccines that is shipped into Canada and the Peel Region (Mississauga, Brampton and Caledon) gets around 10% of that share.

Three in four eligible Canadians now have their first dose, and just under one in five are now fully vaccinated.

Canada’s chief public health officer Dr. Theresa Tam says there are some signs uptake in first doses is slowing now and efforts are starting to shift from mass vaccination clinics to more targeted operations for people who have struggled to access a vaccine or are hesitant to get one.

She reiterated that Canadians who get one or two doses of the AstraZeneca vaccine are very well protected against COVID-19, despite new guidance from the National Advisory Committee on Immunization Thursday that all Canadians should only get mRNA vaccines from now on.